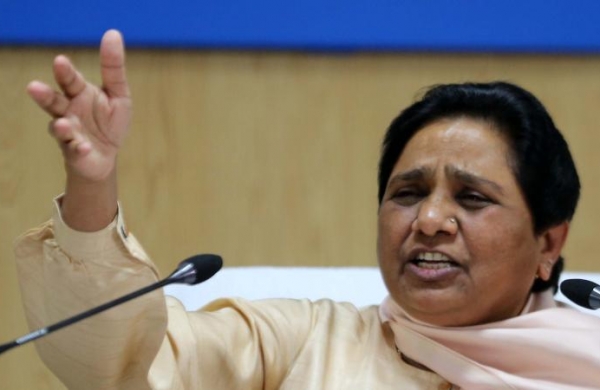 In a series of tweets on Tuesday, the ex-UP CM said the timing of bringing the legislation has put a question mark on the seriousness and actual intentions of the proposed Bill. The Bill’s timing suggests that it is intended more for electoral gains and less for addressing the actual national issue of rising population.

“If the BJP government in UP was really serious about population control, it should have begun work on it just after assuming power in the state by proactively creating public awareness over the issue. Had it been done just after the BJP government was formed in the state, its results could well have started trickling in by the time of the Vidhan Sabha polls,” she tweeted.

“Failing to empower the people by ushering education and employment to them, the BJP government, just like the Congress governments of the past, is putting forth punitive measures to force most families to control population,” Mayawati tweeted further.

The BSP president’s tweets against the UP government’s proposed Population (Control, Stabilization and Welfare) Bill 2021 came just a day after the BJP’s allied right wing outfit, the Vishwa Hindu Parishad (VHP), wrote to the UP State Law Commission, suggesting reconsideration of the provisions pertaining to incentivising public servants and others to have only one child in the family.

On Saturday, the UP State Law Commission had come up with the first draft of the UP Population (Control, Stabilization and Welfare) Bill 2021, containing a series of incentives/disincentives for those following/violating the two-child norm.

The Commission came up with the first draft of the population control bill, inviting suggestions from people through e-mail at statelawcommission2018@gmail.com or by post, latest by July 19.

The proposed Bill’s first draft also proposes that after the commencement of the Act, those violating the two-child norm by procreating more than two kids won’t be eligible to apply for state government jobs, will be ineligible to get promotion in state government service and ineligible to receive any kind of government subsidy. Also, the other disincentives include the limit of ration card units up to four and debarring from the benefit of government-sponsored welfare schemes.

The Bill’s primary draft also proposes a series of incentives for government servants as well as the general public, including two additional increments during entire service, subsidy towards purchase of plot or house site or built house from Housing Board or Development Authority, soft loan for construction or purchasing a house on nominal rates of interest, rebate on charges for utilities such as water, electricity, water, house tax, maternity or paternity leave of 12 months with full salary and allowances.

It also proposes a three per cent increase in the employer‘s contribution fund under the national pension scheme, free health care facility and insurance coverage to spouses for those strictly following the two-child norm.

It also has additional benefits for public servants, such as free health care facility and insurance coverage to the single child till the age of 20 years, preference to single child in admission in all educational institutions, including but not limited to Indian Institute of Management, All India Institute of Medical Science etc.; free education up to graduation level, scholarship for higher studies in case of a girl child and preference to single child in government jobs.