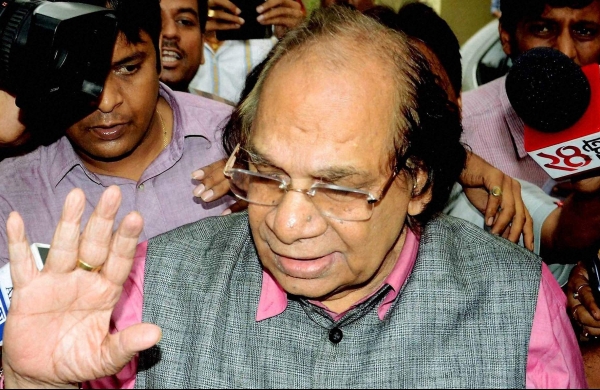 By PTI
ENGLISH BAZAAR: In a potentially embarrassing development for the Left-led coalition in West Bengal, veteran Congress MP Abu Hasem Khan Choudhury Tuesday pitched for an alliance with the TMC after the West Bengal assembly elections, if the situation so demands.

Speaking to reporters, the Lok Sabha MP from Maldaha Dakshin said Congress’ alliance partner CPI(M) forged a tie-up with ISF of Furfura Sharif cleric Abbas Siddiqui as it feared it will not be able to win a single seat.

“We did not join hands with Abbas Siddiqui, CPI(M) allied with his party. I think they felt that they may not get a single seat in the elections, so they forged an alliance with him,” Choudhury said.

“We forged an alliance with the Left at first, then they went and allied with Siddiqui. We told them that we did not like it but they were scared that they may perform badly in the elections. So, they joined hands with Abbas, if he can get them eight-ten seats in the name of religion,” he added.

Choudhury said that Congress does not like those who play the communal card.

“We don’t like TMC because of the behaviour they meted out to the Congress. But TMC is not communal,” he said.

“If a situation arises post the elections, we will support the TMC to form the government in West Bengal, this is my personal opinion. This is because of philosophical reasons,” said Choudhury, a four-time member of Parliament.

The Left Front, Congress and ISF have forged an alliance to fight the elections in West Bengal, taking on the ruling Trinamool Congress and BJP.

Choudhury’s comments stirred a row even as the three sides give final touches to the seat-sharing arrangement.

“The Samjukta Morcha of the Left-Congress-ISF has been formed at the state-level after green-signal from Delhi. There is no doubt that we will fight this election together. He is a senior leader, I don’t know what he has said and will not comment on it,” CPI(M)’s Malda district secretary Ambar Mitra said.

The BJP said that it was an “unholy” alliance, which will help the TMC to form government in case of a hung assembly.

“We have been saying from the beginning that an unholy alliance has been forged in West Bengal and it will help the TMC in the future. Choudhury’s comments make this thing clear that they will support TMC in case of a hung assembly,” BJP’s district vice-president Ajoy Ganguly said.

The TMC claimed that the party will return to power with over 200 seats and it would not require anyone’s support.

“The kind of wave that is visible in West Bengal, I don’t think we need some other party’s support. We will come to power again with over 200 seats,” TMC’s district general secretary Hemanta Sharma said.