Maxwell upset with Virender Sehwag’s comments, ‘he is media for such statements’ 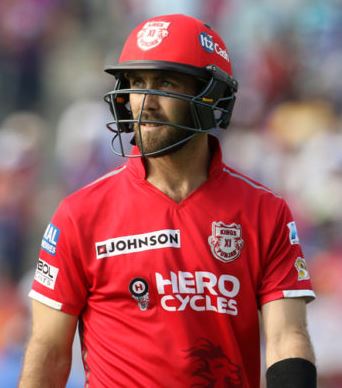 Former India opener Virender Sehwag is known to not hold back on his opinions and was pretty harsh on Australia’s Glenn Maxwell while analysing his performance for Kings XI Punjab in IPL 2020. Maxwell has brushed aside the criticism by saying, ‘Sehwag is in media for such comments’. According to Maxwell, ‘he is upset but will take it with a grain of salt and move on’

“It’s ok. Viru is pretty outspoken with his dislike of me, and that’s fine. He’s allowed to say whatever he likes,” Maxwell was quoted as saying by The West Australian. “He’s in the media for such statements, so that’s fine. I deal with that and move on, and take it with a grain of salt with Sehwag.”

Sehwag went to the extent of labelling the Australian a “10-crore cheerleader” who, according to him, was on a “highly-paid vacation” in the UAE.