Mastermind behind UP surgeon’s kidnap, colleague killed in police encounter 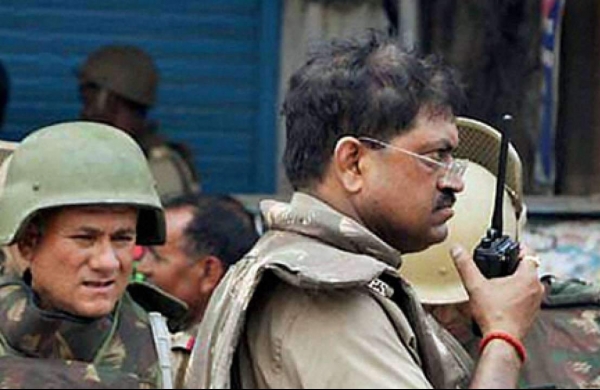 By PTI
AGRA: The mastermind in the kidnapping case of a senior surgeon, along with his colleague, was killed in an encounter here, police said on Thursday.

Badan Singh and his gang had kidnapped senior surgeon Dr Umakant Gupta on July 13 and demanded Rs 5 crore as a ransom for his release, they said.

However, with the joint efforts of the Agra Police and the Rajasthan Police, Gupta was rescued on July 15 from the ravines of the Chambal valley in Rajasthan’s Dholpur, police said.

Senior Superintendent of Police, Agra, Muniraj G said main accused Badan Singh, along with his colleague, was shot dead in an encounter with police in the forests of Kachhpura under the Basai Jagner police Station area in Agra rural on the intervening night of Wednesday and Thursday.

Two persons riding on a motorcycle were asked to stop for checking but they sped away, he said.

They were chased by policemen and police personnel in nearby posts and stations were alerted, the SSP said.

“SP, West, Agra Rural, Satyajeet Gupta and I along with police teams of other police stations reached the spot and began following both the accused. They both entered the jungle of the Kachhpura,” Muniraj said.

“One of the accused opened fire on a police team. However, we asked him to surrender, but he ignored and again opened the fire. Police retaliated in self-defence and when the firing stopped, it was found that the accused was injured,” he said.

“The accused was taken to CHC Kheragarh and later he was referred to S N Medical College in Agra where he was declared brought dead by doctors,” the SSP added.

“He has been identified as Badan Singh, who was the mastermind in the kidnapping of a surgeon, and was carrying a reward of Rs 1 lakh on his head,” Muniraj told reporters.

He said another accused, who hid in the jungle, also suffered injuries in police’s retaliatory firing. He was also declared brought dead by doctors at S N Medical College, the SSP said.

The identity of the second deceased is yet to be ascertained, SP, West (Agra Rural), Satyajeet Gupta said. Muniraj said Singh was involved in the kidnappings of three persons in the past as well.