Massive fire breaks out at chemical factory in Rajasthan’s Kota 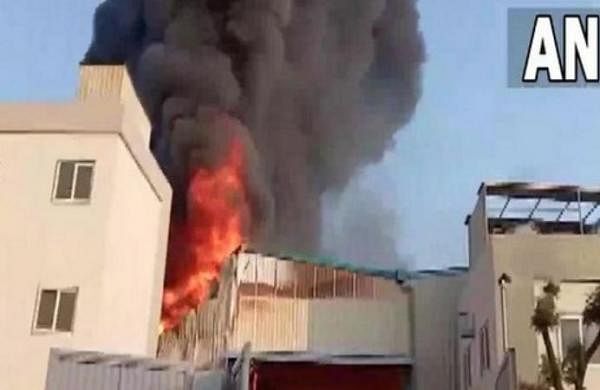 KOTA: A massive fire broke out at a chemical factory in the Inderprastha area of the city on Friday morning, police said.

There were no reports of any loss of life or injuries as nobody was present on the premises at the time of the fire, they said.

The fire broke out around 7 am, and 16 fire tenders are at the spot, Sub-Inspector, Vigyan Nagar police station, Abdul Rashid said.

He said an electrical short circuit may have caused it.

Fire officials are trying to douse the flames and make way into the factory, but only around 30 per cent of the blaze has been brought under control, Devender Gautam, Assistant Fire Officer at Kota Municipal Corporation, said.