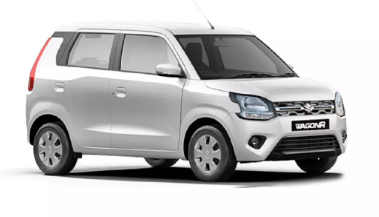 The Maruti Suzuki Jimny, showcased at the Delhi Auto Expo, managed to grab the attention of the media as well as the public. Jimny made a lot of headlines in the show and since then it is being speculated that soon it will knock in the Indian market. Since the launch of Mahindra Thar in the India market, speculation has intensified that Maruti Suzuki is now preparing vigorously to launch the Jimny in the Indian market. According to the report, it will be launched next year. Unlike the three-door model showcased at Auto Expo, the 5-door model will be sold in India. According to reports, the India-specific Maruti Suzuki Jimny will not only have five doors but will also get more special cabin than the new Mahindra Thar and the upcoming Force Gurkha , according to reports. Since the new Thar has transformed itself into a life-style based off-roading SUV, the Jimny will also get almost the same driving capability. will be launched as a replacement for the Maruti Gypsy and may be equipped with the 1.5-liter four-cylinder SHVS petrol engine found in the Vitara Brezza, Ertiga. It generates a maximum power output of 104.7 PS and 138 Nm of peak torque. Both two-wheel-drive and four-wheel-configurations could be provided in the gym.