Marshals in. Opposition walks out. Bill on Aadhaar seeding gets through Rajya Sabha 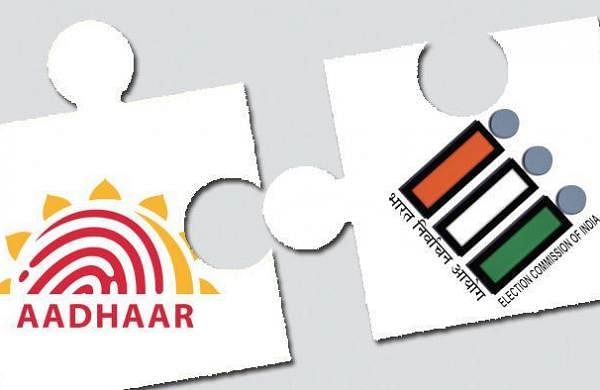 NEW DELHI:  Tempers ran high in the Rajya Sabha on Tuesday as it passed the electoral reforms bill on linking Aadhaar with the voter identity card amid Opposition walkout. Marshals were deployed to contain the possible fallout, and Trinamool member Derek O’Brien threw the rule book towards the secretary general’s desk before joining the walkout.

With sloganeering Opposition members holding posters trooping into the Well of the House, marshals were called in, who formed a ring around the chair. An appalled Leader of Opposition in Rajya Sabha Mallikarjun Kharge shouted: “Is it a marshal law here?”

Members of the Congress, DMK, CPI(M) and Trinamool Congress moved separate resolutions to send the bill to a parliamentary standing committee for scrutiny. Amid the din, when deputy chairman Harivansh took up the resolutions, CPI(M)’s John Britas demanded division (voting) to take the call. But Harivansh said the process of voting cannot start till the members go back to their seats. The Opposition refused to relent and staged a walkout.

The Rajya Sabha then passed the Election Laws (Amendment) Bill, 2021, by voice vote. In the discussions earlier that lasted just 1 hour 10 minutes, Opposition members raised concerns about possible disenfranchisement of voters, adding the use of Aadhaar for ration and MGNREGA payments has led to many exclusions.

However, BJP member Sushil Modi pointed out that some Opposition members like Deepinder Hooda, Vivek Tankha and Sukhendu Sekhar Ray were part of the parliamentary standing committee that unanimously recommended that Aadhaar be linked to the electoral rolls. For his part, Ray (Trinamool) claimed he was not allowed to submit his dissent note on the matter in the committee headed by BJP MP Bhupender Yadav.  The Rajya Sabha is expected to be adjourned for good on Wednesday.

Derek suspendedDerek O’Brien was suspended for rest of the session for throwing the rule book towards the secretary general’s desk. He  joins 12 others who were suspended for the entire session for unruly behaviour during the previous session.