Mariah Carey’s sister sues her over ‘public humiliation’ in autobiography 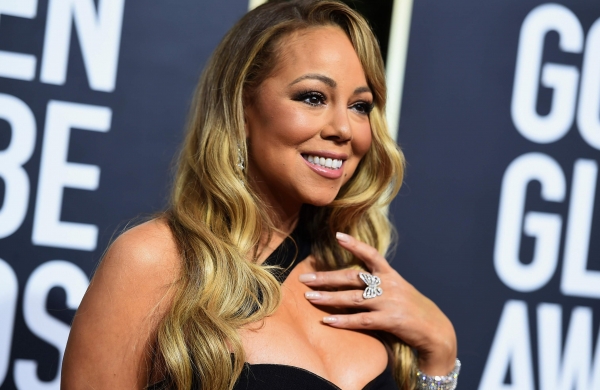 By ANI
WASHINGTON: American singer and songwriter Mariah Carey has been sued by her sister, Alison A. Carey, in New York court over the contents of the singer’s recent autobiography, ‘The Meaning of Mariah Carey’. The book describes a contentious and deeply estranged relationship between the superstar and her sibling.

According to Variety, on Monday, Alison filed the suit with the New York County Supreme Court, asking for a minimum of USD 1.25 million for “the infliction of immense emotional distress caused by defendant’s heartless, vicious, vindictive, despicable and totally unnecessary public humiliation of defendant’s already profoundly damaged older sister.”

The suit stated that Mariah “callously dismisses plaintiff as her ‘ex’ sister. But instead of saying no more than that, the defendant used her book to humiliate and embarrass plaintiff as stories about the memoir appeared in newspapers around the world, on TV, and across the Internet, most of them with headlines repeating the defendant’s allegations — all of them published without giving plaintiff any opportunity to respond.”

Mariah in her book ‘The Meaning of Mariah Carey’, recounts growing up neglected as the child of divorced parents, often ridiculed for her interracial heritage, and subject to witnessing the rage of her brother, before moving on to a chapter that focuses on her relationship with her sister, “Dandelion Tea.”

The chapter mostly explores Mariah allegedly being exposed to drugs or older men because of her older sister, when she was twelve and Alison was twenty, along with a physically debilitating encounter.

“Big sisters are supposed to protect you, not pimp you out,” Mariah wrote at one point, contending that Alison left her in the company of a boyfriend who put moves on her when they were left alone together.

Alison’s lawsuit said that she disputes the allegations in the book and contends that her sister “presented no evidence to substantiate these serious allegations.”

According to Variety, one thing that the two sisters agree upon is that theirs was a very unhappy early home life, although the lawsuit contains a more lurid allegation about their upbringing than anything in the book.

The suit stated that Mariah “made these outrageous claims knowing that (Alison) is profoundly and permanently damaged as a result of being forced by defendant’s and plaintiff’s mother, while a pre-teen, to attend terrifying middle-of-the-night satanic worship meetings that included ritual sacrifice and sexual activity.”

The document stated that, as a result, Alison suffers from PTSD, anxiety, and depression, and is also contending with serious health issues.

Released in the late September of 2020, ‘The Meaning of Mariah Carey’ debuted at No. 1 on the New York Times’ list of nonfiction bestsellers in early October. The singer has said in interviews that she is looking toward having the memoir adapted into a feature film or limited series.