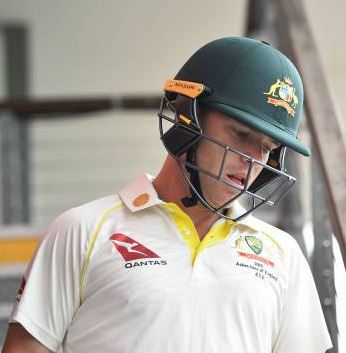 Opening batsman Marcus Harris has been called into Australia’s first test squad as the hosts count the cost of a number of injuries ahead of the first test against India in Adelaide.

David Warner had already been ruled out of the squad after he suffered a groin injury in the one-day series, while Will Pucovski suffered a concussion after he was hit in the head while batting for Australia A against the tourists.

“Given the spate of injuries in recent weeks, we’re fortunate to be able to bring a player of Marcus’ calibre into the test squad,” national selector Trevor Hohns said in a statement on Saturday.

“Marcus has been in outstanding form for Victoria this season and has had the benefit of facing India’s bowlers in both three-day tour matches.

“At the same time, we are disappointed for David and Will that they will not be available for the first test.