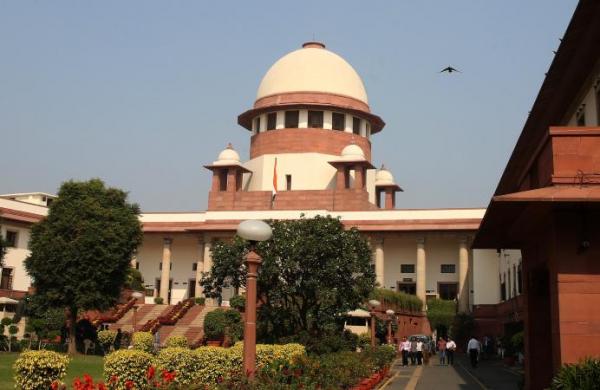 By PTI
NEW DELHI: Marathas have been dominant socially and politically as almost 40 per cent of MPs and MLAs of Maharashtra are from this community and the entire hypothesis that they have been left behind, faced historical injustice is completely flawed, the Supreme Court was told on Wednesday.

A five-judge Constitution bench headed by Justice Ashok Bhushan was hearing arguments while dealing with issues such as whether the Indra Sawhney judgement of 1992, also known as the Mandal Verdict, which put a cap of 50 per cent on total reservation quota, needed a re-look by a larger bench.

The bench, also comprising justices L Nageswara Rao, S Abdul Nazeer, Hemant Gupta and S Ravindra Bhat, has been hearing a clutch of cases challenging the Bombay High Court verdict which upheld the grant of quota to Marathas in admissions and government jobs in the state.

Senior advocate Pradeep Sancheti, appearing for one of the petitioners, said the entire hypothesis that Marathas have been left behind because of historical injustice has been completely flawed and they do not merit the benefit of quota.

Almost 40 per cent of MPs and MLAs are from same community, he said while assailing the 2018 report of the M G Gaikawad Committee which had said that the Marathas have been backward socially and educationally with very less representation in government services.

He termed the Gaikawad Committee’s report as convenient paperwork and argued that even if the apex court holds that Marathas are backward, at the highest, it will be a case of inclusion in OBC within 50 per cent, not a case for exceeding 50 per cent.

He also referred to a report filed in 2000 before the Bombay High Court and said the court had noted that there was material to indicate that Marathas are socially and politically dominant.

As per the Mandal judgement, the backwardness of Marathas is not an exceptional circumstance to say that we will cross 50 per cent limit on reservations, he said.

Sancheti assailed the report which formed the basis for grant of quota to Maratha and said the survey has been conducted in an unscientific way.

Another senior advocate Rajeev Dhavan also argued in the case and said there has been considerable political pressure to include more communities in the list of other Backward classes.

There has been no judgment that has questioned Indra Sawhney, he said, responding to a query whether it can be referred to a larger bench for re-look.

Dhavan said, The tragedy is…there are no ameliorative measures (for backward classes).

You will give quotas and get your votes accordingly.

But some schemes like Mahatma Gandhi’s scheme for rural employment should come.

The biggest part of reservations is of ameliorative action, he said, adding that this is what Nobel laureate Amartya Sen, a noted economist, has stated — make everybody able to compete in the same way.

The bench, meanwhile, asked Attorney General K K Venugopal to apprise it of the views of the Centre on the issue.

Venugopal said that he would seek instructions.

You put your views (tomorrow).

If required, we will ask the Solicitor General to put the views of the government, the bench said.

The hearing in the case remained inconclusive and would resume on Thursday.

The top court had observed earlier that if the argument that after 102nd amendment of the Constitution only Parliament can prepare one “Central” list of SEBC is accepted, then Maharashtra law granting quota to Marathas’ cannot be passed as it would be beyond the state’s legislative competence.

On Monday, the petitioners opposing Maratha reservation law said that changing the 50 per cent quota cap for SEBC as fixed by the 1992 judgement will be like having a society founded on case and not equality.

They had opposed the revisiting the 1992 Indira Sawhney verdict by a larger bench of 11-judges.

On March 8, the top court had framed five questions to be taken up by the Constitution bench, including whether the ‘Mandal verdict’ require a re-look by a larger bench “in the light of subsequent Constitutional amendments, judgments and changed social dynamics of the society”.

It had issued notices to all the states on issues of “seminal importance”, including whether the 102nd amendment deprives the state legislatures of its power to enact a law determining the socially and economically backward classes and conferring benefits to them under its enabling power.

The issue of interpretation of the amendment cropped up before the bench, which is hearing a batch of pleas pertaining to the 2018 Maharashtra law granting reservation to Marathas in education and jobs.