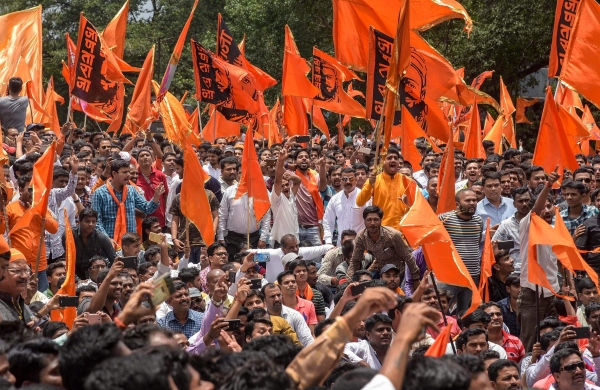 By PTI
NEW DELHI: The Supreme Court on Friday said it would hear from March 8 in a hybrid manner, a combination of physical and virtual hearings, the pleas pertaining to the 2018 Maharashtra law granting reservation to Marathas in education and jobs.

A five-judge constitution bench headed by Justice Ashok Bhushan said if physical hearing would resume in the apex court then the parties can make arguments physically and if anyone wants to argue virtually, he can do that. “Be that as it may, the hearing in these matters will start from March 8, 2021 by physical or virtual mode,” the bench said in its order.

The top court is presently hearing matters through video-conferencing since March last year amid the COVID-19 pandemic and it is likely to resume physical hearing in a hybrid manner soon.

During the hearing, the bench, also comprising justices L Nageswara Rao, S Abdul Nazeer, Hemant Gupta and S Ravindra Bhat, said it would also hear arguments on the issue of whether the landmark verdict in the Indira Sahwney case, also known as the ‘Mandal verdict’, should be re-looked or not.

The bench, which fixed the schedule for hearing the matter, said it would wrap up the hearing on March 18 itself. It said that petitioners would argue their case on March 8, 9 and 10 and the state government would thereafter get three days to argue.

The top court said intervenors in the matter would get March 17 to argue their case while Attorney General KK Venugopal would argue on March 18. It noted the submissions of some of the lawyers appearing in the matter, that there is possibility of starting of physical hearing in the top court from March, 2021 in a limited manner. “We, thus, propose to start the hearing on March 8, 2021 and complete by March 18, 2021,” it said.

It said that advocates for the parties should give advance soft copies of their compilations, judgements and written submissions. On January 20, the Maharashtra government had told the bench that a case of this nature should be heard once physical hearing commences.

On December 9 last year, the apex court had said that issues pertaining to the 2018 Maharashtra law, granting reservation to Marathas in education and jobs, requires “urgent hearing” as the legislation has been stayed and the “fruits accrued” are not reaching to the people.

The top court had also issued notice to the Attorney General seeking his assistance in the matter. The apex court on September 9 last year, while referring to a larger bench the batch of pleas challenging the validity of law, had stayed the implementation of the legislation but made it clear that status of those who have availed of the benefits would not be disturbed.

The Socially and Educationally Backward Classes (SEBC) Act, 2018 was enacted to grant reservation to people of Maratha community in Maharashtra in jobs and admissions.

The Bombay High Court, while upholding the law in June 2019, had held that 16 per cent reservation was not justifiable and said that quota should not exceed 12 per cent in employment and 13 per cent in admissions.

According to the 102nd amendment to the Constitution, reservation can be granted only if a particular community is named in the list prepared by the President.

On July 27 last year, the Maharashtra government had assured the top court that it would not proceed with the recruitment process to fill up the vacancies on the basis of 12 per cent Maratha reservation till September 15, except for departments, Public Health and Medical Education and Research.

The high court, in its June 2019 order, had said that 50 per cent cap on total reservations imposed by the Supreme Court could be exceeded in exceptional circumstances. It had also accepted the Maharashtra government’s argument that the Maratha community was socially and educationally backward and it was duty-bound to take steps for its progress.

The high court had said though the reservation was valid, its quantum — 16 per cent — was not justifiable and it should be reduced to 12 per cent and 13 per cent, as recommended by the State Backward Classes Commission.

One of the plea filed in the apex court had claimed that the SEBC Act breached the 50 per cent ceiling on reservation fixed by the top court in its landmark judgment in the Indira Sahwney case. On November 30, 2018, the Maharashtra legislature had passed a bill granting 16 per cent reservation to Marathas.