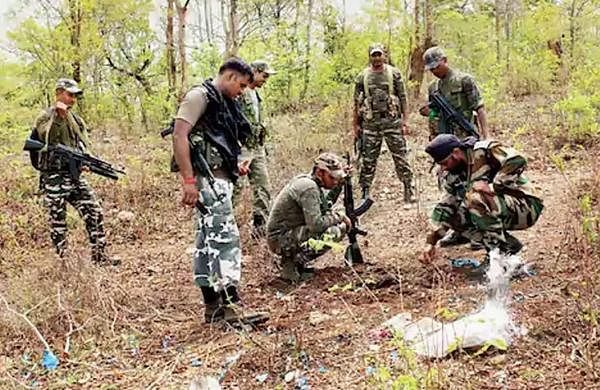 NEW DELHI:  Maoists have recently conducted a recce of some police camps in Chhattisgarh and are planning to plant IEDs on the routes opted by security forces to dissuade the latter from constructing more security camps in Naxal areas, according to sources in intelligence agencies.

A senior intelligence official told this newspaper that there are specific inputs that Maoist cadres of Jagargunda area committee are planning to carry out IED attacks on the routes taken by security forces to reach camps in Mokur and Tarem.

The official, however, added that the forces are well prepared to defeat all nefarious designs of Naxals.

Security forces are eyeing to set up as many as 24 Forward Operating Bases (FOBs), including ten in Chhattisgarh, seven in Maharashtra, six in Jharkhand and one in Odisha, before the year-end.

As many as 22 jawans were killed and 31 personnel sustained injuries in April this year along the Sukma-Bijapur border in Chhattisgarh during an encounter with Naxals.

Soon after the incident, Union Home Minister Amit Shah had said the Maoists attacked out of desperation to counter new security camps opened in their core areas.

Shah said in the last five-six years, the central and state governments together achieved success in setting up camps of security forces in the interior areas.

“Both the central and state governments have been jointly making inroads (into Maoist strongholds). Therefore, such incidents come to fore out of their (Maoists) frustration,” the home minister had said.

There has been a steep decline in violence levels as well as the geographical spread of Left-wing extremism in the country.

The number of affected districts identified under the security-related expenditure (SRE) scheme came down to 70 in July 2021 from 126 in April 2018.