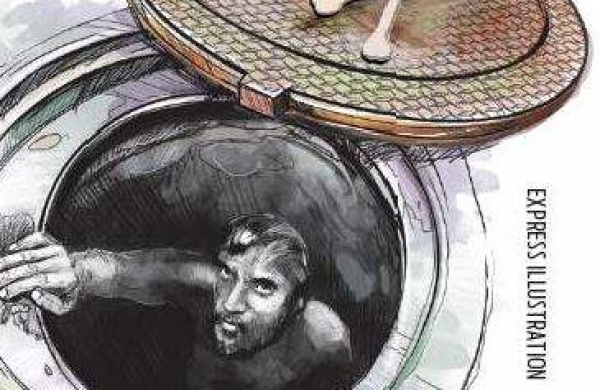 Express News Service
NEW DELHI: The National Human Rights Commission (NHRC) is in favour of broadening of the definition of manual scavenging to include all forms of hazardous cleaning after it observed that many states make “tall claim” of having zero manual scavenging cases, which it found were far from truth.

The human rights commission on Monday recommended that a “penal section” be put in law to prevent “the discrimination and harassment faced by the children of manual scavengers and women manual scavengers.”

In a statement, the commission said that it was “strongly felt at National Human Rights Commission ” that “many states make tall claim that they have zero manual scavengers and nil insanitary latrines but these are far from truth.”

To prevent this the Commission recommended that “accountability must be fixed in case of wrong reporting by the concerned authorities about the number of manual scavengers in any region of the country.”

The NHRC has sent many recommendations, including those stated above, to the centre and states, including Union Ministries of Home Affairs, Finance, Social Justice & Empowerment.