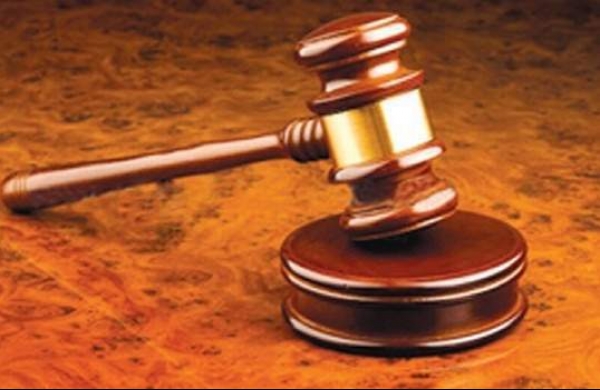 By PTI
MUMBAI: Police officer Sachin Waze, who has been facing heat in the death case of Mansukh Hiran, has filed a pre-arrest bail application in a court in neighbouring Thane district.

In his plea, Waze said the FIR, registered by the Maharashtra Anti-Terrorism Squad (ATS) in connection with Hiran’s death, has not named any person.

He termed the FIR as “baseless and without any motive”, and said it was a result of a “witch-hunt”.

He further claimed that at the time when Hiran went missing and was allegedly killed, he was at Dongri in south Mumbai.

Waze filed the plea under section 438 of the Code of Criminal Procedure (CrPC) in the Thane district sessions court.

Under this section, a person can seek bail if he or she is apprehending arrest in a case.

The sessions court posted the plea for hearing On March 19 and directed the investigating officer to file his affidavit in reply.

In his plea, Waze said the complaint lodged by Hiran’s wife is based on “bald suspicion and is without any basis or motive”.

“It is trite law that a bald suspicion of the first informant regarding the commission of a crime cannot justify arrest of a citizen,” the plea said.

Waze, accused by Hiran’s wife of involvement in her husband’s suspicious death, was shunted out of the Mumbai crime branch on Wednesday.

Waze’s application further said that there is no incriminating material against him and that he has not even been named as accused in the case.

“Applicant (Waze) is a resident of Thane since long time.

Even if he was a customer and acquaintance of the deceased, no motive can be attributed to the applicant from the bare reading of the FIR,” it said.

The ATS, which is probing the case, has recorded Waze’s statement earlier this week.

Waze, in the plea, said he was questioned extensively by senior officers of the ATS on March 8, during which he said that he was in south Mumbai at the relevant time (when Hiran was allegedly killed).

“On March 4 (entire day) the applicant was in South Mumbai.

Thereafter during the intervening night between March 4 and 5, the applicant had been in Dongri area.

The said fact is duly corroborated from the contemporaneous records such as Station Diary Entries of Dongri Police Station,” the plea said.

“There is a virtual witch-hunt in news and social media casting speculative aspersion regarding the applicants involvement on the basis of half-baked information without proper research, and pre-judging his guilt or innocence,” it added.

Waze said he was cooperating with the investigation and hence should be protected from arrest.

Waze, who was crime branch’s Assistant Police Inspector, has been transferred to the Citizen Facilitation Centre (CFC) unit of Mumbai police.

On February 25, a Scorpio was found near industrialist Mukesh Ambani’s house in south Mumbai with explosives and a threat letter inside.

Hiran, who was in possession of the SUV, had claimed that it had been stolen a week earlier, but the case got murky when he was found dead in a creek in Thane on March 5.

Hiran’s wife had claimed that her husband had given the SUV to Waze in November, which the officer returned in the first week of February.

During his questioning by the ATS, Waze has denied using the SUV that was in possession of Hiran.