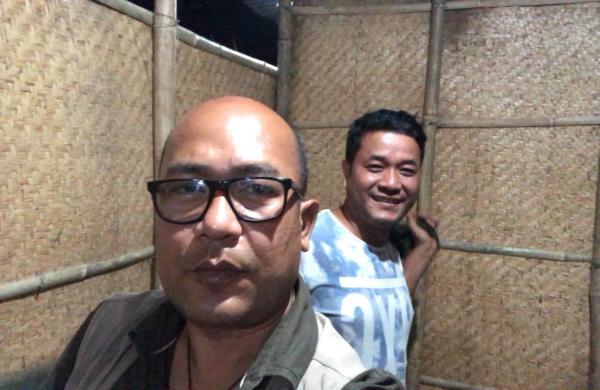 The notices were served on “The Frontier Manipur” (TFM) executive editor Paojel Chaoba and its associate editor Kishorechandra Wangkhemcha. The duo and two others — a journalist and a columnist – had taken part in the discussion titled “Media Under Siege: Are Journalists Walking A Tight Rope” on February 28.

The TFM is, perhaps, the first media outlet in the country to have received the notice under the new digital media rules.

Chaoba, who is also the TFM publisher, said his family discovered the withdrawal notice, which, he said, was put up on the gate, in the evening.

“It is to inform you that this office notice of even number dated 1st March 2021 served to you stands withdrawn with immediate effect,” the notice issued by Imphal West District Magistrate Naorem Praveen Singh reads.

In the first notices, the two editors were directed to furnish all relevant documents showing they ensure compliance with the provisions of Information Technology (Intermediary Guidelines and Digital Media Ethics Code) Rules, 2021, “failing which steps as deemed fit shall be initiated without further notice.”

“How can a district magistrate issue a notice under the Act when he is not empowered? Hence, there is this retraction,” Chaoba said.

The senior journalist said the first notice to him was delivered on Tuesday at around 9 am by a group of six-seven armed policemen. He alleged the cops were sent to intimidate him and his family.

Talking about the programme which drew the government’s attention, he said: “We discussed the new IT rules, coupled with the present situation of journalists in Manipur who are caught between the Devil and the Deep Blue Sea.”

Kishorechandra said he was shocked when he had received the first notice.

“It was funny as well as shocking to have received the first notice. The police had delivered it at around 7:30-8 am today (Tuesday). My sister had received it. I knew it was a selective target,” he said.

“The IT rules are new. A lot of journalists and activists are advocating their withdrawal or amendment. The largest daily of Manipur recently faced a threat. The publication was stopped for a couple of days in protest. So, we spoke about all those things in the programme,” he added.