Manipulation of land figures of registered farmers after Girdawari, up to 3 time for improvement 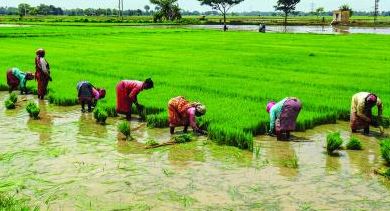 In Chhattisgarh, a major flaw is coming before the procurement of this season’s paddy procurement at the minimum support price (MSP). In the past year, the crisis is arising due to the paddy acreage of registered farmers, that only a record of large number of farmers’ land has not come in the software. Because of this, the society is not registering the farmers. The third party in this case is the revenue department i.e. Patwari. Regarding the Girdawari report given by Patwari, he says that he has done his job right, but due to technical glitches, there is no entry of the area in the software.

The revenue and disaster management department of the state government has issued a new order on 31 October after the matter came to light. In the order issued in the name of all the collectors of the state, after the initial publication of the village-wise Crop Fertilization Report after Girdawari, on September 21, resolving the objection, the entry of Crop Fertilization in the Khasra Five Sala and Bhuiyan software will be done by October 14. Were given instructions of. Still, this problem can happen, despite the efforts of the state government in this whole matter, in the coming days, the problem is being feared in front of the affected farmers. Experts say that the registration period is up to 10 November, but the time has been given till November 3 for improvement in the record and for Girdawari by the Tehsildar. It has been asked to do this work under any circumstances. In such a situation, the record will not be updated in the module by NIC after 3 November. Due to this, there will be no situation of Girdawari. Yield wise measles will show zero. In such a situation, the farmer will not be able to sell his paddy.