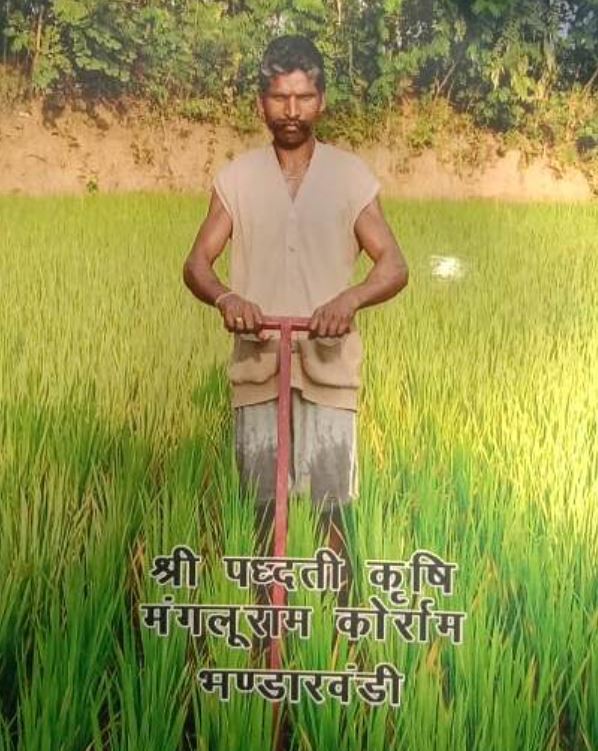 Various chemical fertilizers, use of toxic pesticides, exchange of nature between biological and inorganic materials to achieve maximum crop production in the competition of food production by humans to supply food with the population Definitely affects. Due to which the fertility of the land is deteriorated as well as the environment is also polluted and in the end its effect reads on human health. Since agriculture is the mainstay of our rural economy and the main source of income of farmers is agriculture. Therefore, increasing crop production is becoming necessary in view of the increasing population. Therefore, the use of chemical fertilizers and pesticides in the field is becoming a compulsion for the farmers, but to save water, land, air and environment from getting polluted, organic farming is now the only option.
The sequence presented in this sequence is about a hard-working and strong-thinking farmer Mangaluram Korram (father Haraodi Ram Korram), Mangaluram, a resident of village Bhandaravandi (Khaspara) in Vikas Block Farsgaon used to cultivate paddy in his 08 acres of potted land. There was no question of additional income from this agriculture mainly grown in Marhan land and to increase its limited income, Mangaluram has presented a commendable example to other farmers of the district by doing organic farming for 20 years. Mangaluram says that his younger brother was first interested in organic farming from the beginning, for this his brother took training in organic farming from the training institute in Hyderabad and learned the techniques of earthworm manure. They further state that earthworms are prepared in special types of pits for the production of this vermicompost and that in the short term, the use of organic manure by making organic manure is used in farming. For better growth and quick breeding of earthworms, it is necessary to have 30 to 35 percent moisture as well as proper ventilation and depth of the pit is also taken care of. Almost this entire process takes three to four months. The upper surface of the pit is blackened indicating the preparation of vermicompost. After the vermicompost is ready, it should be piled on the open area and dried in the shade, but special care should be taken to keep the moisture in it. The earthworms present in it collect on the bottom surface which can be used as mother culture to be put in another pit.