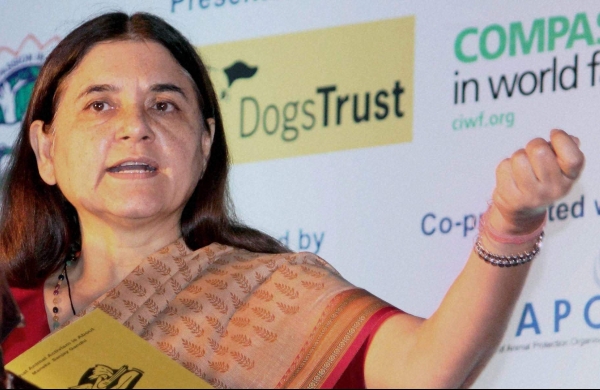 In a letter dated January 5, 2021 to Uttarakhand Chief Minister, Gandhi wrote, “Before this explodes into a major scandal since the amount of the loan is Rs 3000 Crores, I would suggest that this programme be stopped immediately and the appropriate action taken. This is equivalent to the scandals of coal, Bofors etc. To steal money from a loan is the worst kind of theft since the whole country has to pay back what one man has stolen.”

The noted activist for animal rights pointing out how Dr Avinash Anand, chief executive officer of Uttarakhand Sheep and Wool Development Board has misappropriated crores of rupees obtained by the state government of Uttarakhand stated in the letter that the case is fit for agencies such as Central Bureau of Investigation, Enforcement Directorate and CBCID.

She also added in the letter that none of this would have been possible without ‘complicity’ of secretary level official and senior IAS officer Meenakshi Sundaram.

In her 7-point accusations she pointed out the misappropriation of the funds.

She stated that the CEO of the board Dr Avinash Anand has bought ‘luxury cars’ costing more than Rs 13 lakhs, residences in Noida with disproportionate assets and has purchased fodder for twice the rates.

The letter also stated that Anand has taken a large number of officers on deputation resulting in shut down of district veterinary hospitals, has kept a consultant for a salary of Rs 2.5 lakh per month which is more than salary of chief secretary of the state and has bought old sheep from Australia which are not fit for breeding but only slaughter.

The former union minister in the letter has also accused the CEO of the board of causing losses to the exchequer by starting ‘BAKRAW Mutton Scheme’ because of the extravaganza of the infrastructure and employing large number of personnel for no reason.

Responding to the allegations Anand told The New Indian Express that his house is in Ghaziabad not in Noida and that too on loan.

“The car belongs to the department and my house is on loan. As for double rates of fodder, that is something which involves transportation costs as well as quality issues. We need better quality fodder which has to be negotiated and bought for the sheep and goats, ” added Anand.

He further added that the ‘BAKRAW’ scheme is a succes story with Merino sheep initiative.

“The Merino sheep scheme completed one year in December 2020 and is a success story with pure breed imported sheep numbers gone up from 240 to 320. Mixed breed numbers have also reached 430,” added Anand.

He further added that these schemes are helping streamlining system and infrastructure to benefit the farmers of the hill of Uttarakhand.