Man was assaulted to death during altercation in Goa 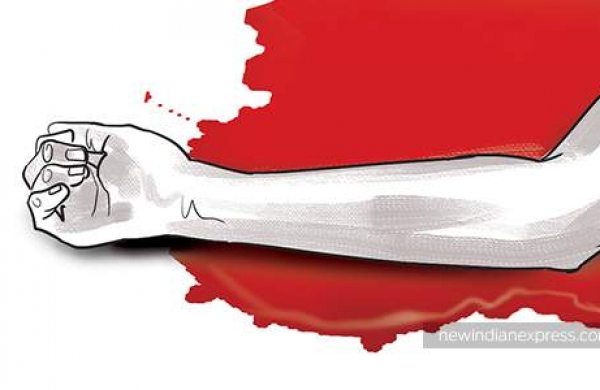 By ANI
AQUEM: A 47-years-old man was allegedly assaulted and harassed during an altercation where he later died under treatment in Goa Medical College hospital on Tuesday.

The deceased, identified as Sachin Borkar, resident of Aquem Margao of South Goa was assaulted and pushed with a chair causing severe injuries on his head leading to unconsciousness. He was later admitted to Goa Medical College hospital where he died under treatment.

A complaint was registered by Suraj Virdikar at Konkan Railways Station in the early hours on Tuesday.

The accused has been identified as Laxman Chavan, a resident of Donger Margao slum.

Later, an FIR under Section 302 of the Indian Penal Code (IPC) has been registered with Margao Town Police Station on the order of the Superintendent of Police (SP) of South Goa, PI Sachin Narvekar. The accused has been arrested. Further, the investigation is underway.