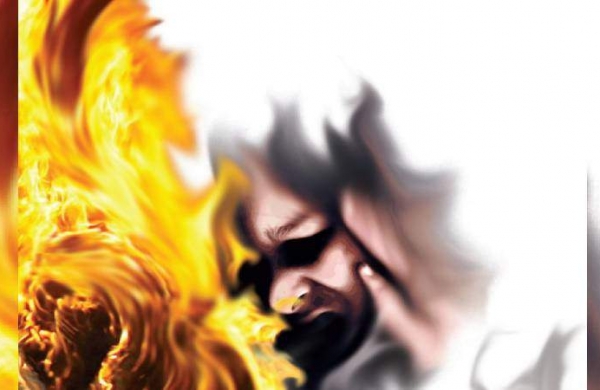 By PTI
LUCKNOW: A man on Monday set himself on fire outside the Lokbhavan here to draw the attention of the Chief Minister’s Office over a land dispute issue, police said.

Umashankar, 36, a resident of the Indragarh area in Kannauj district, suffered burn injuries and is undergoing treatment at a hospital, they said.

The incident took place in the morning when Umashankar arrived at the Lokbhavan in the Hazratganj area of the city and poured kerosene and set himself afire, police said.

A police team swung into action and doused the flames.

The man was rushed to the Shyama Prasad Mukherjee Civil hospital where he is undergoing treatment, they said.

Police Commissioner D K Thakur said Umashankar’s land was illegally grabbed and he had complained to the village head and Lekhpal (revenue officer) to get the encroachers removed from it but they had not helped him.

He came to Lucknow on a roadways bus in the morning and reached gate number 2 of the Lokbhawan, which houses the CM’s Office and other important offices, from Charbagh and set himself on fire, Thakur said.

A probe into the matter is on, police said.