Man dies a day after taking anti-Covid jab in Rajasthan 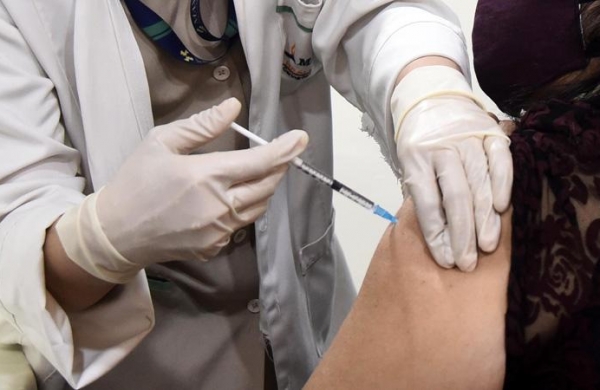 By PTI
KOTA: A 60-year-old man died here on Thursday, a day after taking his first anti-Covid vaccination shot at a government primary health centre with authorities saying his post mortem has been conducted to find out the exact cause of his death.

The autopsy was conducted by a medical board on the demand of his family members suspecting complications arising out of vaccination, Deoli-Manji police station’s SHO Ramavatar Sharma.

He added that following the man’s death, a case has been registered under section 174 of CrPC to find out the exact cause of the unnatural death.

A resident of Garmodi village in Kota district, Bahadur Singh Rajput had got his first dose of the anti-Covid vaccination at a government primary health centre in Baluheda area under the Deoli-Manji police station on Wednesday afternoon, the SHO said.

He added that the man was sent back home after 30 minutes of observation of his condition after the vaccination at the PHC.

Singh’s family members told police that Singh felt dizziness and collapsed while taking his tea on Thursday morning following which they rushed him to the government community health centre at Kaithun town where the doctors declared him “brought dead”, the SHO said.

Dr Devender Jhalani, the Kota’s Reproductive Child Health Officer and in-charge of the anti-Covid vaccination in the district, ruled out any complication out of the vaccination as the possible cause of death.

Dr Jhalani said a total of 114 people had been given the vaccine on Wednesday in the district but no adverse reaction was reported by anyone.

The actual reason for the death can be ascertained only after the autopsy report of the medical board which conducted the postmortem is received, he added.

The vaccination for people above 60 years of age was started on Monday in Rajasthan.