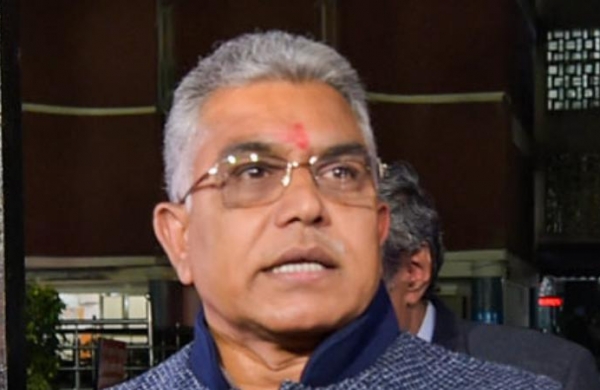 By PTI
KOLKATA: Asserting that Bengal Chief Minister Mamata Banerjee’s demand of Rs 20,000-crore for cyclone relief was “unrealistic”, state BJP president Dilip Ghosh on Sunday said she skipped the review meeting with Prime Minister Narendra Modi to avoid giving a detailed account of the claims that she has made.

Ghosh also pointed out that the Prime Minister’s Office (PMO), which called the review meeting on Friday, is entitled to decide on the list of invitees.

“Odisha faced the brunt of the cyclone while Bengal was largely spared, but she is asking for Rs 20,000 crore. She did not attend the review meeting with the Prime Minister at Kalaikunda as she did not want to elaborate on this unrealistic demand,” Ghosh said.

The CM had on Friday said that she, in separate proposals submitted to Prime Minister Modi, sought Rs 10,000 crore each for rebuilding the seaside tourist town of Digha and the ravaged parts of the Sunderbans region.

Banerjee, however, skipped a review meeting on cyclone devastation with Modi, seeking to know why opposition BJP leaders were present at the session.

Ghosh further contended that the presence of Suvendu Adhikari, the leader of opposition in the Assembly, was another reason that prompted Banerjee to skip the meeting.

“Adhikari will be attending assembly sessions, too. Will Banerjee stop going to the House? Instead of politicising the calamity, she should work with everyone for the welfare of people,” Ghosh said, in a dig at the TMC supremo.