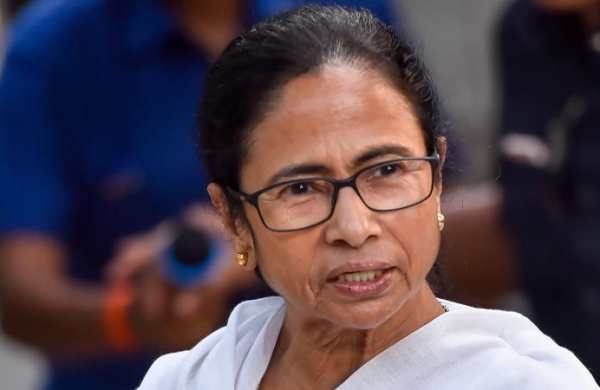 Express News Service
KOLKATA: Drawing the battleline with the arch-rival BJP, Trinamool Congress supremo Mamata Banerjee has directed her party functionaries to adopt twin strategies to counter the saffron party’s inroads in Bengal — showcase government’s slew of development schemes and portray the saffron camp as a party of “outsiders” which is against the sentiment of Bengali-speaking people.

In a meeting with the party’s core committee members, MPs, and MLAs on Friday, Mamata Banerjee reportedly said, “We will showcase the development works, schemes for the people of Bengal, and the volume of beneficiaries. This campaign will have to be carried out at the grass-root level. At the same time, we will not miss opportunities to label the BJP as a party comprising outsiders and their acts that hurt Bengali speaking people’s sentiment.”

The Bengal CM never missed a chance to describe the state visit of BJP heavyweights such as Union Home Minister Amit Shah and the national president JP Nadda as a ‘tour of outsiders’.

On the issue of the rebellious party functionaries, the TMC chief took a stern stance saying she would take disciplinary action if any leader issued a statement revealing his/her discontent.

“She has now taken a hard stance as her repeated discussions with her former aide Suvendu Adhikari and former minister Rajib Banerjee were proved to be futile. Adhikari joined the BJP and since then, he is hitting out at the CM. Now Rajib Banerjee is all set to jump the ship to the saffron camp. Today, she has delivered a message to shut the party’s door for the rebellious leaders and functionaries,” said a TMC leader.