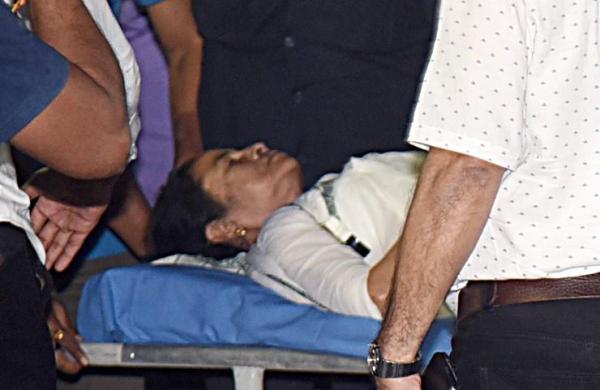 By PTI
KOLKATA: Chief Minister Mamata Banerjee underwent X-ray imaging on Wednesday night at the SSKM Hospital in Kolkata where she was taken to following the alleged attack in Nandigram during an election campaign, doctors said.

A portable X-ray machine was used for the imaging after she was taken to the special cabin number 12.5 at the Woodburn Ward of the state-run hospital, they said.

The chief minister was then taken to the Bangur Institute of Neurosciences in the same complex for an MRI, a senior doctor said.

“X-ray has been conducted on the chief minister’s left leg. We also wanted to conduct an MRI. After calculating the degree of her injury, the next step of treatment will be decided,” the doctor, who is part of the team treating Banerjee, told PTI.

The chief minister might be taken back to the special ward after the MRI is over, he said.

“We need to monitor her condition closely before deciding on discharging her,” the doctor said.

The state government constituted a team of five senior doctors to treat Banerjee who was allegedly attacked in Nandigram in the Purba Medinipur district during a poll campaign in the evening.

A cardiologist, an endocrinologist, a general surgery doctor, an orthopedist and a medicine doctor are part of the team.

Banerjee alleged that she was pushed by four-five men, following which she fell flat on her face.

She said that her left leg got swollen because of the injury and she was feeling feverish, besides having chest pain.

The chief minister also has severe pain in the waist, her party TMC said.