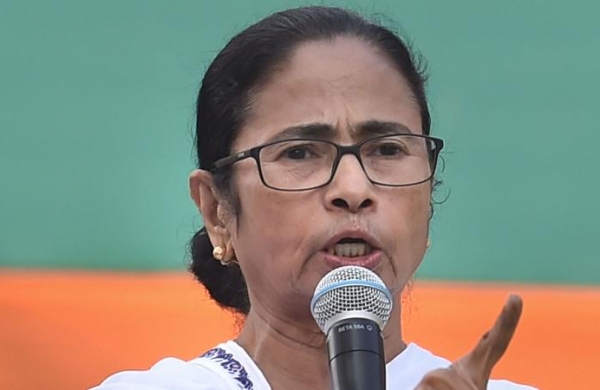 Express News Service
KOLKATA: West Bengal Chief Minister Mamata Banerjee is unlikely to share the stage with Narendra Modi on Sunday in Haldia, East Midnapore, from where the Prime Minister will dedicate four projects worth Rs 4,700 crore in oil, gas, and infrastructure sectors.

Despite being invited, the Bengal CM decided to skip the event in the backdrop of the apolitical January 23 event organised by the Union Information Ministry at the Victoria Memorial where she was “insulted” by a section of the audience who raised the ‘Jai Shri Ram’ slogan in the presence of Modi, said a source in the Trinamool Congress. Irked by the slogan, Banerjee had refused to speak in protest.

“It appears that the Chief Minister has been invited for the re-run of the Victoria Memorial episode,” said a TMC leader. Sources said the CM also expects other elected representatives of her party to give the Haldia event a miss.

Earlier, BJP’s youth wing chief Saumitra Khan tweeted saying that TMC MP from Ghatal Dipak Adhikary alias Dev would share the stage with Modi. “When she (Mamata) knew about this, she called Dev asking him if he was planning to go. He said he certainly was not attending the event and had already issued a statement on his Twitter handle clarifying that Khan was mistaken,” said the leader.

Modi will lay the foundation of the second catalytic dewaxing unit at the Haldia refinery of IOCL which will also serve as an important substitution project. BPCL’s new LPG terminal will be inaugurated by the PM to meet the growing demand of the eastern region.

On that day, Modi will dedicate the 347-km long Dhobi-Durgapur pipeline, which is a part of the Pradhan Mantri Urja Ganga project, built at a cost of 2,400 crore. He will also dedicate NHAI’s 190 crore road over bridge-cum-flyover at Ranichak in Haldia for seamless traffic movement at Haldia port gate.