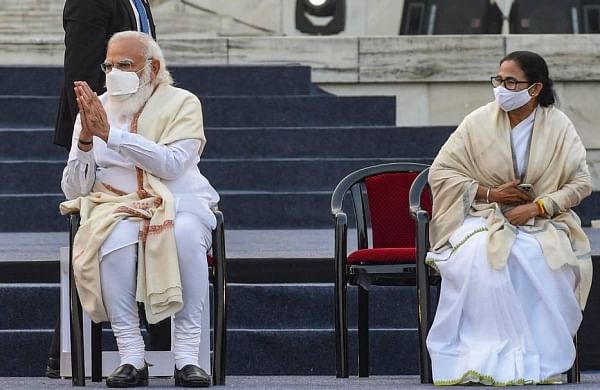 KOLKATA: West Bengal Chief Minister Mamata Banerjee was on Wednesday made to wait for over two hours during a virtual meeting with Prime Minister Narendra Modi but was not given a chance to speak, a top source at the state secretariat said.

Banerjee was not given the chance to speak at the ‘Azadi ki Amrit Mahotsav’ meeting as her name was not on the list of speakers, he told PTI.

The chief minister has expressed displeasure over the incident, which has also anguished the entire state administration, the source said.

Chief ministers of other states were also present in the meeting chaired by the prime minister, he added.