Mamata may campaign for civic poll in a stretcher: BJP leader creates row 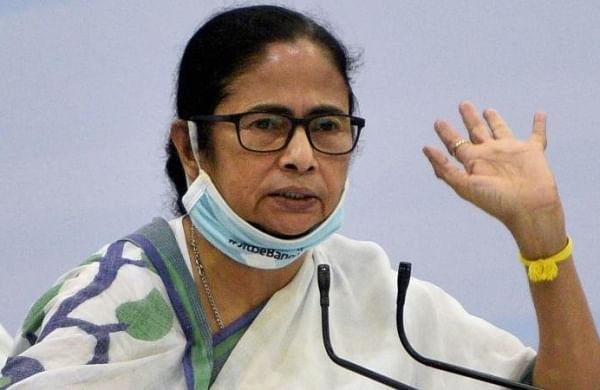 KOLKATA: BJP leader Raju Banerjee courted controversy on Saturday by saying that West Bengal Chief Minister Mamata Banerjee may campaign for the coming civic poll in the state in a stretcher faking injury after failing to counter in a fair manner the saffron camp’s spirited challenge during the canvassing.

The senior BJP leader alleged in a public meeting in the city that the Trinamool Congress supremo had resorted to “unfair means” by campaigning from a wheelchair in the last assembly poll faking an injury to her leg when she was unable to counter the the saffron party politically.

“You (Banerjee) confined yourself in a wheelchair when you failed to fight the BJP politically. You resorted to falsehood to counter BJP in the canvassing for the state assembly poll. You will face an equally combative BJP who believes in fighting against you in a fierce, democratic and peaceful manner during the coming civic polls and you will again resort to falsehood.

“But even if you move around lying on a stretcher to earn voters’ sympathy this time, rest assured you won’t get votes for your candidates on the ground of sympathy any more,” said Banerjee, who had unsuccessfully contested against TMC senior leaer Madan Mitra in the April-May assembly poll in Kamarhati, said.

Strongly reacting to Banerjee’s comments, TMC leader Baiswanor Chatterjee told reporters “This is nothing but a threat by the irresponsible BJP leader. Such comments reveal the undemocratic, violent mindset of BJP.”

Everyone knows how Mamata Banerjee was “physically targeted” during the first leg of the assembly poll campaign in Nandigram and suffered serious leg injury.

She was forced to continue campaigning in a wheel chair in the later phases risking her health, Chatterjee said.

The TMC supremo had claimed that she was hurt in the leg in March while canvassing in Nandigram, where she had taken on her former protege Suvendu Adhikari and lost by a slender margin.

She later won the by-poll in her home constituency Bhabanipur in Kolkata within the stipulated six-month period to retain her chief ministership.