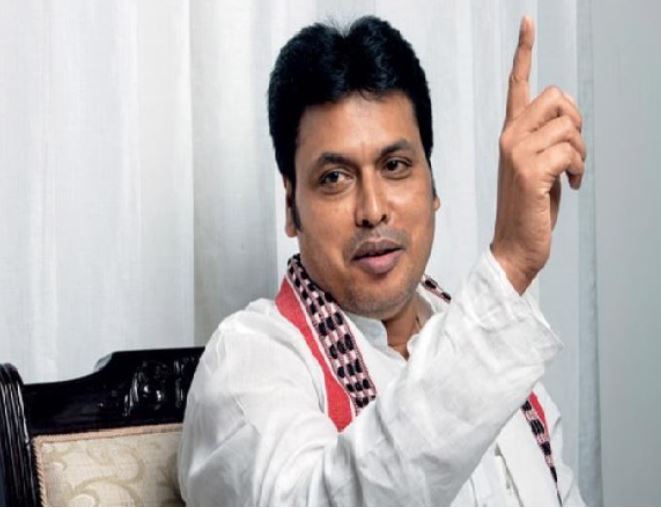 Tripura Chief Minister Biplab Kumar Deb on Tuesday said that Trinamool Congress supremo Mamata Banerjee should not become the Chief Minister of West Bengal “ethically” as she has lost the election from Nandigram seat in the recently held state Assembly elections.

Despite Banerjee losing the seat to BJP’s Suvendu Adhikari, who was once her close aid, the TMC registered a landslide victory in polls winning 213 seats in the 294-member West Bengal assembly.

Addressing a press conference at the Bharatiya Janata Party (BJP) office here to protest the alleged post-poll violence in Bengal, Deb claimed that though the BJP lost the assembly election in some of the states that went to polls, its vote share increased by several times.

“Many people have become Chief Minister without contesting the elections, but Mamata Banerjee contested and lost the election from Nandigram. People did not elect her and on this ground, ethically, she should keep herself away from the Chief Ministerial position,” he said.

The Tripura Chief Minister further said that the post-poll violence is taking place across West Bengal after the TMC’s win and highlighted that at least five BJP workers have been killed.