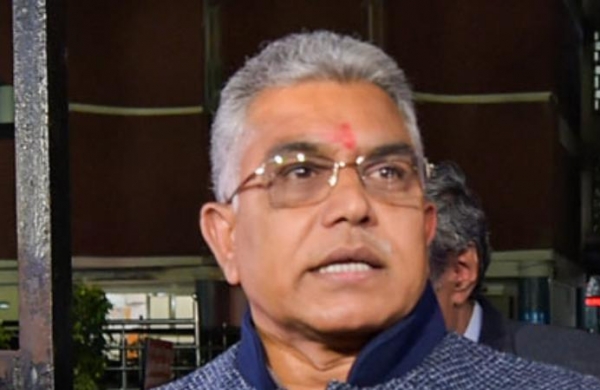 His remark, however, drew flak of the ruling party, which said that Ghosh should be having a “better understanding of the federal system”, under which a head of the state can always meet the PM.

Ghosh, while talking to reporters, also alleged that TMC members have siphoned off money from state coffers and left it near-empty.

“She has misused the funds that were allocated by the Centre and now she wants to meet the PM to ask for more with folded hands as the state has gone virtually bankrupt,” the senior BJP leader said when asked about Banerjee’s slated visit to the national capital.

West Bengal is facing a financial crisis due to large-scale corruption on the part of the Mamata Banerjee government, Ghosh maintained.

Given the financial situation in the state, and the rising factionalism within the TMC camp, Didi has realised that she won’t be able to run the state well ahead of 2024 Lok Sabha polls, he added.

“Does he understand about the federal set up where the head of a state can always meet the PM? Dilipda should check facts. Bengal has mopped up more revenue under the TMC rule than in the past,” he noted.

Echoing him, state minister and TMC MLA Chandrima Bhattacharya sought to know “if the CM has whispered into the ears of the BJP leader the purpose of her visit”.

Banerjee had told reporters on Friday that the prime minister has granted her time for a meeting during her scheduled Delhi visit in the last week of July, but did not specify the date.