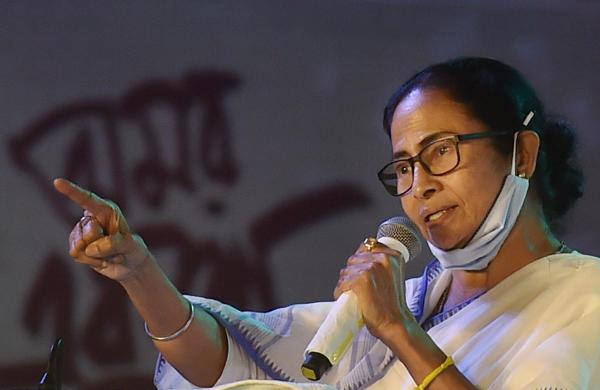 By PTI
SILIGURI: West Bengal Chief Minister Mamata Banerjee will lead a ‘padayatra’ here on Sunday to protest against the steep hike in fuel prices, including LPG cylinders.

Banerjee, following her arrival here from Kolkata on Saturday, told reporters that thousands of people, especially women, will assemble at Darjeeling More at 1 pm to join the protest march.

Claiming that LPG cylinders would soon be beyond the reach of common man, the CM said, “We need to organise massive demonstrations to make our voices heard.”

“Many of those taking part in the rally will carry empty LPG cylinders to mark the protest,” she said.

State minister Chandrima Bhattacharya, who accompanied Banerjee to north Bengal, said the rally has been organised ahead of International Women’s Day, and scores of women would be joining the rally .

Among others, TMC MP Mimi Chakraborty will also take part in the rally.