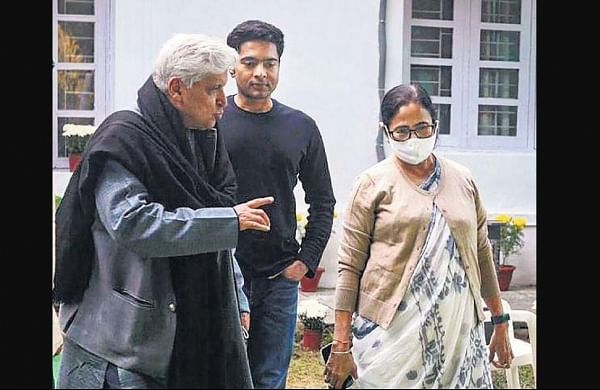 NEW DELHI:  West Bengal Chief Minister Mamata Banerjee made some minor acquisitions during her latest trip to Delhi, inducting disgruntled elements from the Congress to expand the national footprint of her Trinamool Congress ahead of the 2024 Lok Sabha elections.

Sources said her party is in touch with leaders from across the Opposition spectrum, including members of the grand old party’s G23, which had raised a banner of revolt earlier this year over lack of reforms in the Congress. Some of them are expected to switch to the Trinamool in the coming months as it has made its national ambition clear. To help realise the national ambition, election strategist Prashant Kishor has been working with the party on a long-term basis.

“It is part of the party’s national expansion plan. It was felt that we need to have a national presence if Mamata is to challenge Modi in the 2024 elections,” said a senior Trinamool leader. Mamata is scheduled to meet Prime Minister Narendra Modi on Wednesday and discuss a slew of issues, including the controversial expansion of BSF’s jurisdiction and allocation of central funds for Bengal. With her party MPs meeting home minister Amit Shah on Monday complaining about attacks on its cadre in Tripura, she could flag it, too, during her one-on-one with Modi.

The CM is also expected to meet some Opposition leaders to discuss strategy for the winter session of Parliament and the formation of a united front against the BJP, though there is no word yet about interacting with Congress chief Sonia Gandhi. The Congress is cut up over Mamata providing sanctuary to its rebels.

Those who joined the Trinamool include Congress leader Kirti Azad, former Haryana Congress chief Ashok Tanwar and expelled JD(U) MP Pavan Verma. She also met lyricist Javed Akhtar, her second such meeting with him in as many trips to Delhi.