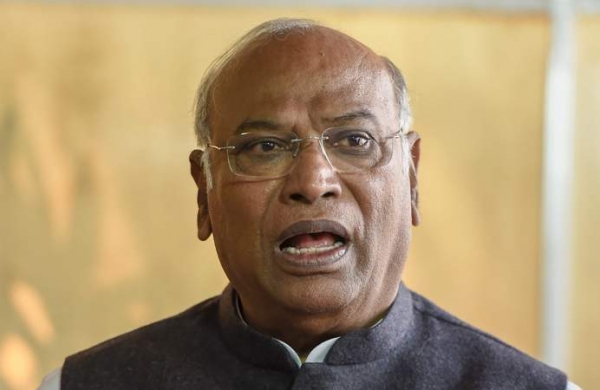 Express News Service
NEW DELHI:  Bypassing Congress deputy leader in Rajya Sabha Anand Sharma, Gandhi loyalist and veteran party leader Mallikarjun Kharge is set to replace Ghulam Nabi Azad as the Leader of Opposition (LoP) in the Rajya Sabha. A dalit leader, Kharge is a nine-time MLA in Karnataka and two-time Lok Sabha MP. He was leader of the party during the last Lok Sabha and had lost in the elections in 2019. He was brought in to Rajya Sabha last year with aim to replace Azad, who is retiring. The party has informed the Rajya Sabha secretariat about Kharge’s appointment as LoP.

Kharge was picked over Azad, who did not get another term in Rajya Sabha, and Sharma, who was hopeful of the elevation in the upper house, by Congress chief Sonia Gandhi after they wrote to her seeking organisational elections over leadership issues. According to party sources, Sharma, whose Rajya Sabha term ends soon, and Azad are unlikely to be brought back to the upper house. “Kharge is a veteran leader and was top choice of the high command.

However, recent developments in Rajya Sabha during the Motion of Thanks discussion further dented chances of Sharma being named as LoP. “The party’s stand in the upper house was different from the agreed position during the parliamentary strategy meeting before the start of the Budget session and this didn’t go well with the top leadership,” said a leader. With Kharge, the party has brought in a Gandhi loyalist who will toe the party line and avoid such embarrassing situations.