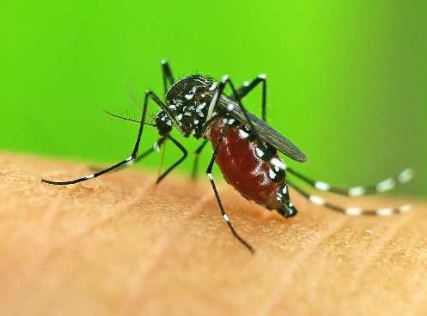 Publicity chariot left for the third phase of the government’s ambitious plan, “Malaria Free Bastar Abhiyan”. On this occasion, the publicity chariot was flagged off by State Program Officer (V.B.D.) Raipur Dr. Jitendra, Divisional Joint Director Dr. Vivek Joshi, Chief Medical and Health Officer Jagdalpur Dr. R. K. Chaturvedi.
State Program Officer (VBD) Dr. Jeetendra informed that the first phase of Melaria Free Bastar campaign in the district from January 15 to February 14, 2020, in 213 villages of 06 block development block 2 lakh 49 thousand 288 against 2 lakh 53 thousand 295 people were investigated, in which 5203 positive cases were found which were treated. In the second phase from June 10 to July 31, 2020, 3 lakh 90 thousand 815 investigations were conducted against the target population of 3 lakh 81 thousand 580 in 328 villages in 7 development blocks, in which 4900 positive cases were found which were abused. Now in the third phase, from December 15 to January 30, 2021, the target population of 198 villages of Target 7 development block will be 2 lakh one thousand 480 and 222 teams of Health Department will go door-to-door survey. Malaria positive coming in pregnant mothers comes under high risk category, so basic treatment of pregnant mothers and children will be done with utmost seriousness. Divisional Joint Director Dr. Vivek Joshi said that people in the village should sleep with mosquito nets regularly and for this, arrangements should be made to make people aware by whistling every night between 6 to 7 pm with public support.
Dr. RK Chaturvedi explained the benefits of malaria-free Bastar campaign that the lack of anemia in pregnant mothers and children will be overcome due to malaria. Malnutrition of children will come down. At birth, your baby’s weight will increase. The maternal and infant mortality rate will be reduced, as well as the efficiency of the human being will be increased.

Circular issued to all CEOs for Ramayana troupe competition