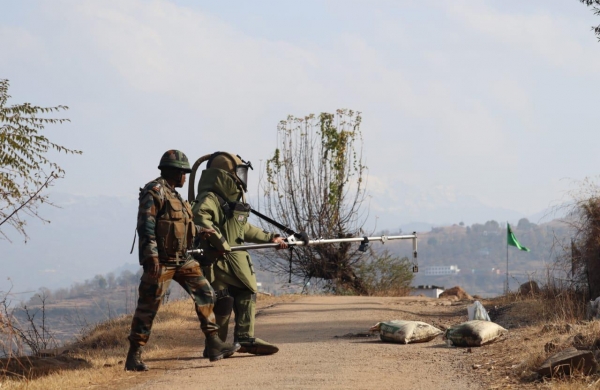 By PTI
JAMMU: A major tragedy was averted with the timely detection of a 2.4 kg Improvised Explosive Device (IED) fitted on a motorcycle in Mendhar sector of Jammu and Kashmir’s Poonch district, a police officer said on Sunday.

The IED was found planted on the roadside along Gohlad Reelan-Mendhar Road by a police party around 10 pm on Saturday and was destroyed in a controlled explosion by the bomb disposal squad around 1 pm on Sunday, Poonch Senior Superintendent of Police Ramesh Angral said.

Quoting preliminary investigation, the officer said the IED along with a motorcycle was left behind by a suspected terrorist who is believed to have moved into the nearby forest area.

A joint search operation by police and Rashtriya Rifles of the Army is underway after the whole area was cordoned off to nab him, the SSP said.

The SSP said the bomb disposal squad destroyed the IED in a controlled explosion, without causing any damage.

A case under relevant sections of law has been registered and further investigation is on to bring the culprits to book, he said.