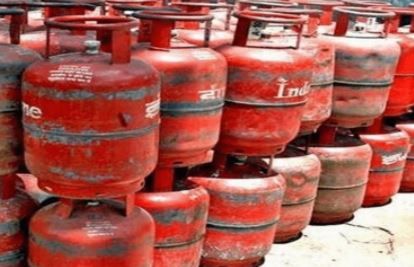 Ganesh Bio Fuels, including New Nice Bakery Boriyakhurd and Shanti Ache Gas Agency New Rajendra Nagar, 1599 gas cylinders and 25964 liters of so-called bio diesel have been seized in Dabish of Food Department Raipur In the business of commercial gas cylinders, there were complaints from gas companies of illegally creating SV vouchers without depositing security fund. Also, there was a talk of giving business cylinders to businessmen without giving gas cards. Similarly, there was also a complaint of changing the name of the imported liquid product instead of diesel to sell bio diesel. Raipur Collector Dr. S. Action was taken by investigating the firms concerned on the instructions of Bharatidasan. On the instructions of food controller Tarun Rathore, the team investigated the firms concerned. In M / s New Nice Bakery, 56 Hindustan Petroleum Company’s 19 kg gas cylinder ovens were installed. 52 filled commercial cylinders were found on the spot. Also found 96 empty cylinders. As a rule, the rule is not to leave the gas company at the empty gas cylinder business site. SV voucher, gas card not found in New Nice Bakery. A bill was definitely found, which was for the year 2019. On this basis 206 cylinders were seized. The Food Department team raided Shanti HP Gas Agency New Rajendra Nagar Raipur. No SV voucher related to Messrs New Nice Bakery, gas card was submitted by the agency. The agency’s stock board was also on display until January 1. A total of 1395 cylinders were seized. The team of food officers also arrived at Messrs Ganesh Bio Fuels Rawabantha. In the investigation, the firm presented a bill for methyl ester in the form of liquid petroleum product obtained from Kanha Biltcom, a firm from Indore. Biofuels vegetable products and cannot be imported from abroad. The bill sent from Madhya Pradesh firm does not have a way-bridge bill, which confirms that some companies are manufacturing such products under the guise of bio diesel. It is not bio diesel, but the density of this product is equivalent to diesel.