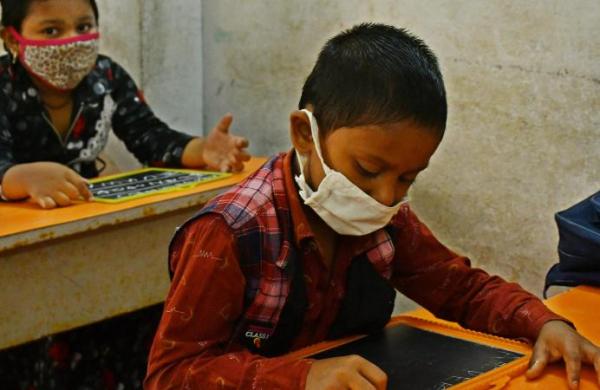 Express News Service
MUMBAI:  The Maharashtra education department has asked the district authorities to take a call over shutting down schools from March 1 following a sudden rise in Covid cases among students. Schools and Education Minister Varsha Gaikwad said it was up to the local authorities to decide whether to keep schools open in view of Covid 19 cases in their areas.

“In rural Maharashtra, primary schools were recently allowed to start classes. Since in the last few days Covid 19 cases are surging, the local authorities should take the call of shutting the schools keeping the safety of the students and teachers as top priority. Wherever the cases are rising, the authorities should disinfect those premises,” Gaikwad told the media.

At Latur’s MIDC boys’ hostel, 325 students were detected Covid positive on Wednesday, while 229 students from Washim district tested positive on Thursday. Many students and teachers are kept in isolation across the state.The rising Covid cases have also led the ruling Maha Vikas Aghadi government to curtail the Assembly budget session from March 1 to 10 against the earlier schedule of March 1 to 28. The state’s budget will be presented on March 8 by Finance Minister Ajit Pawar.

The opposition has criticised the government for cutting short the session. Leader of Opposition and BJP MLA Devendra Fadnavis alleged that the Covid situation was an excuse for the Uddhav Thackeray government to curtail the session as it was not interested in discussing public issues. The state continued to report over 8,000 cases for the second consecutive day, which pushed its overall infection count to 21,29,821. There were 8,702 cases on Thursday.

This figure was 8,807 on Wednesday. With 56 deaths reported during the day, the state’s fatality count went up to 51,993. A total of 3,744 patients were discharged during the day after recovery. The number of active cases is now 64,260, the official said. Since Wednesday, Mumbai, Akola, Pune, Nagpur and Nashik divisions have been witnessing a spike in single-day infection count.

Mumbai city reported 1,145 cases on Thursday, which took its cumulative figure to 3,22,844. Five persons died due to the infection in the metropolis, which pushed the toll to 11,463. With 864 new cases, Nagpur ranked second in the state in terms of daily cases