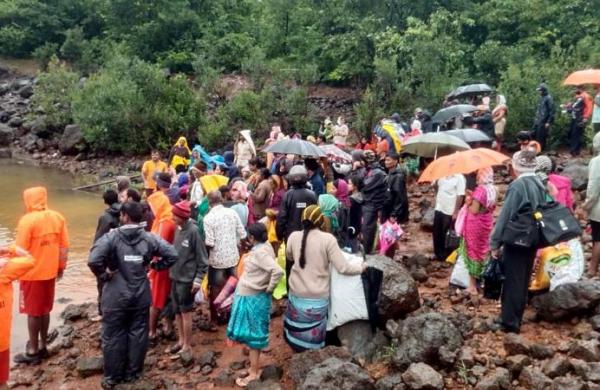 By PTI
PUNE: Five bodies have been recovered on Saturday from the landslide site at Ambeghar village in Satara district of Maharashtra, an official said.

The district administration had said that at least 16 people are feared trapped in the landslide at this village located in Patan tehsil as four to five houses were buried under the debris.

“We have so far recovered five bodies during the search and rescue operation in Ambeghar,” a district official said.

The rescue operation is being carried out by local police, residents and the National Disaster Response Force (NDRF), Satara Superintendent of Police Ajay Kumar Bansal said.

Landslides had also occurred at two other villages – Mirgaon and Dhokawale – in the same tehsil, where twelve and four persons are feared trapped respectively.

Officials said that rescue operations are going on at these sites as well.

Satara Collector Shekhar Singh had said on Friday that around 30 people were feared trapped in these three landslides that had occurred during the intervening night of Thursday and Friday.

The India Meteorological Department (IMD) had on Friday evening issued a fresh ‘red alert’ for Satara, forecasting “extremely heavy rainfall” in the next 24 hours in the hilly ‘ghat’ areas of this western Maharashtra district.