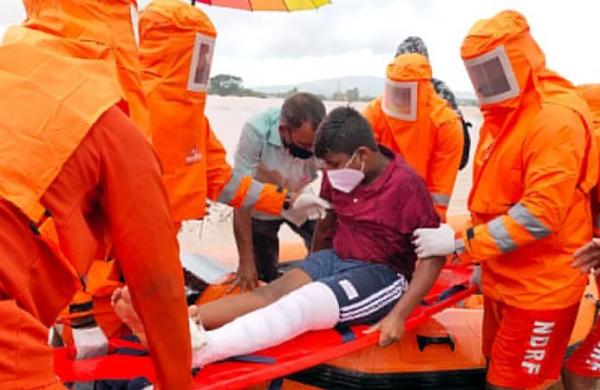 Express News Service
MUMBAI:  The death toll in rain-related incidents in Maharashtra rose to 164 on Monday after the recovery of 11 more bodies in Raigad and two each in Wardha and Akola. Meanwhile, those who escaped the landslide in Taliye village that killed 84 people said they do not want to return to their village.

The Raigad District Magistrate has issued a notice saying the rescue operation at village officially ended on Monday. “The rescue operations have ended officially. We have withdrawn our teams from Taliye. The 31 missing will be declared dead following the due process…relatives of the missing people demanded closure of the operations since yesterday,” read the notice.

Maharashtra government has promised to rehabilitate those affected by flood and landslides as well as compensation to the kin of those who lost their lives.

Sampati Prakash Chandrakar, the Sarpanch of Taliye village, said he will meet the residents of the village and decide the next course of action. “We want houses for our people. Many people who lost their houses in the landslide are either staying in schools or close relatives in villages. While some of them are staying at the empty houses for time being. The government promises rehabilitation. It should happen as early as possible,” Chandrakar said.

Meanwhile, many are demanding that they be resettled elsewhere. “We had never imagined that we would lose our near and dear one in such a way. We would not like to stay at the same place where our loved ones died. It is also a dangerous location. We appeal to the government to rehabilitate us at safer locations,” said one of the villagers. The villagers had lost all their possession that many are now struggling to find food. “Our relatives are offering us meals two times a day. But for how long can we eat at their house?” a villagers said.