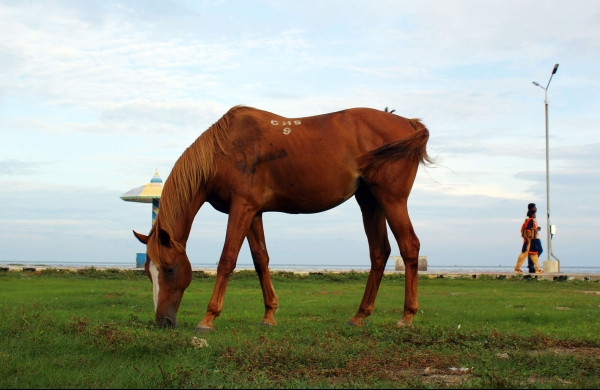 By PTI
NANDED/AURANGABAD: A Maharashtra government official from Nanded on Wednesday urged the district collector to allow him to tie a horse he wants to ride daily to reach his office on the campus of the collectorate, saying he cannot use a two-wheeler owing to problem in his spine.

This unusual request was made by Satish Deshmukh who works as Assistant Auditor in the Employment Guarantee Scheme department in Nanded district collector’s office.

After receiving Deshmukh’s application, Nanded resident deputy collector Pradeep Kulkarni sought a medical opinion including the view of orthopaedic experts on his request.

As per the written reply given by the Dean of Nanded-based Dr Shankarrao Chavan Government Medical College, the spine problem could possibly aggravate in such case if a person rides a horse.

“The person may receive jerks while riding a horse,” stated the reply sent to Nanded district collector Vipin Itankar.

Deshmukh stated in his letter to the collector that he wanted to purchase a horse as he cannot use his two-wheeler owing to some issue in his spine.

“I have some issue in my spinal cord due to which I cannot use a two-wheeler to reach the office. I have decided to buy a horse for coming to the office in time. I request you that I be allowed to tie a horse on the premises of the collectorate,” Deshmukh wrote.