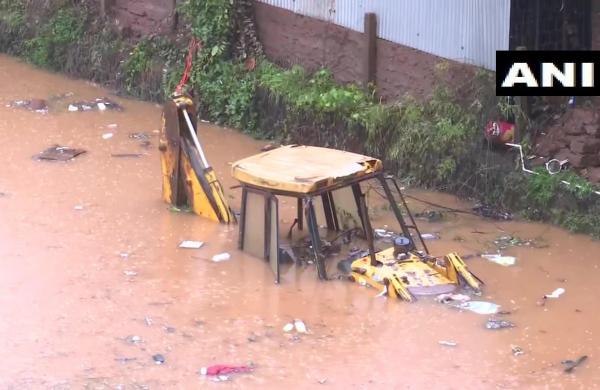 By Express News Service
MUMBAI:  Manager of Chiplun bus depot in Maharashtra’s Ratnagiri district spent almost seven hours on top of a bus with the daily transport revenue of nine lakh rupees as rains flooded the depot. Ranjeet Raje Shirke decided to climb to the top of the bus as it was the only location that was not submerged.

“The water level was increasing every minute. If the cash was kept in the office, there were chances of it getting soaked and being washed away. I would have been held responsible. It was my prime duty to protect the cash without thinking about my life,” Shirke said. He said that there were other employees who were also camped on top of buses. Once the floodwater started to recede, they called the Ratnagiri divisional office of Maharashtra State Road Transport Corporation and the local police stations to brief about the situation.

Later they moved to another safe place and deposited the cash. “It was a tough time, we were the custodians of the government cash and the floodwater was rising,” said Shirke. He added that he never thought that a day would come where he would be forced to spend hours on the bus rooftop.

State to set up new force to tackle disaster Amid the rain havoc in parts of Maharashtra, Chief Minister Uddhav Thackeray on Sunday said a separate force on the lines of the national Disaster Relief Force will be set up in all districts of the state