Maharashtra govt to probe if celebs were forced to tweet on farmers’ stir by BJP: Congress’ Sachin Sawant 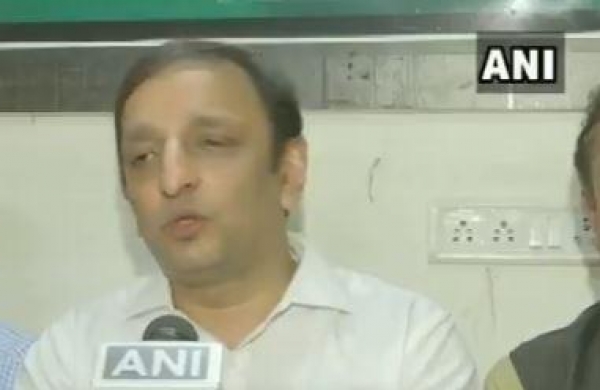 By ANI
MUMBAI: Congress leader Sachin Sawant on Monday informed that Maharashtra Home Minister Anil Deshmukh has given orders to the Intelligence Department to probe the row over tweets by celebrities on the farmers’ issue.

He also hit out at the Bharatiya Janata Party (BJP) alleging that national heroes were being intimidated by the ruling party.

“The government sprung into action after Rihanna tweeted on the farmers’ issue. This was followed by a series of tweets from celebrities. If a person, be it a celebrity, opines on their own, it’s fine. But there is scope for suspicion that the BJP is behind this. Similar words like ‘amicable’ have been used in these tweets,” Sawant told ANI.

#WATCH | There was series of tweets after MEA’s response to Rihanna’s tweet. If a person opines on their own, it’s fine but there’s scope of suspicion that BJP could be behind this…Spoke to HM Deshmukh. He has given orders to Intelligence dept to probe: Congress’ Sachin Sawant pic.twitter.com/kutYYJjxqG
— ANI (@ANI) February 8, 2021

Celebrities like Sachin Tendulkar, Akshay Kumar, Sunil Shetty and Lata Mangeshkar among several others had tweeted calling for unity in the country after international pop star Rihanna, teenage climate activist Greta Thunberg and others extended their support to farmers protesting at the borders of India’s capital against the three agriculture laws.

“National heroes should be provided security if BJP is intimidating them. I spoke to Home Minister Anil Deshmukh and he said it is a serious matter. He has given orders to the Intelligence department to probe into this,” the Congress leader said.

He further emphasised that celebrities can and should be allowed to speak up for the country if they want to and added that there should be an investigation to see if the BJP has a role to play in the tweets.

“They can speak for the country if they want of their own free will. We want an investigation to see if there is any pressure from the BJP. Was there any arm twisting? These things have happened before,” he said.

Earlier on Saturday, days after Sachin Tendulkar made comments about the farmers’ protest, Nationalist Congress Party (NCP) chief Sharad Pawar on Saturday asked the former Indian skipper to “exercise caution while speaking about other fields”.