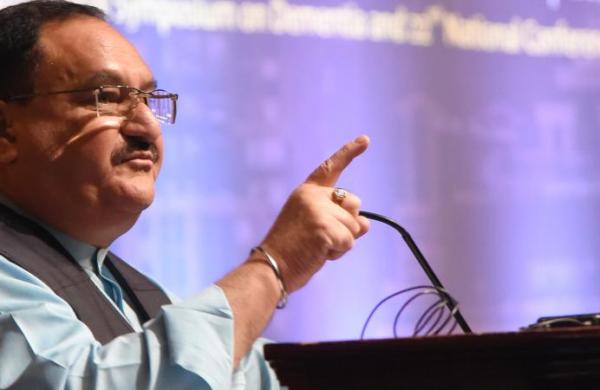 By PTI
NEW DELHI: BJP president JP Nadda took a swipe at the Maharashtra government on Monday, saying it has a unique model of governance that hails “noises of anarchy” from overseas but “harasses” patriotic Indians who stand for the nation.

His tweet came after Maharashtra Home Minister Anil Deshmukh said the state intelligence department will conduct a probe into allegations that some celebrities were pressured recently to issue tweets in connection with the ongoing farmers’ protest.

“MVA in Maharashtra has a unique model of governance – hail noises of anarchy from overseas who show India in poor light but harass patriotic Indians who stand for the nation. It is difficult to decide what is more flawed: their priorities or their mindset?” Nadda said in his reaction.

Deshmukh made the remarks on an online platform after the Congress, a ruling coalition partner in Maharashtra, sought an investigation into the BJP’s alleged connection with tweets of some celebrities and whether the saffron party “arm-twisted” them.