Maharashtra Government did not avail of NSO’s services till I was CM: Fadnavis 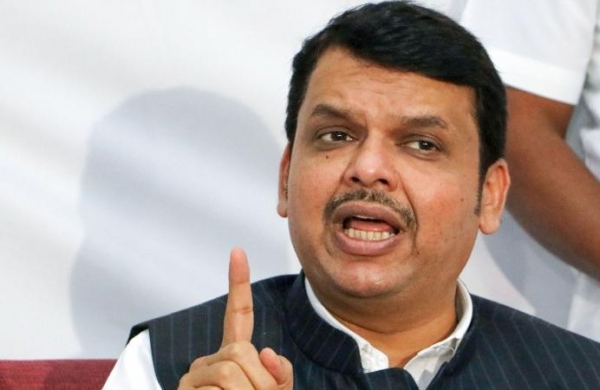 By PTI
MUMBAI: BJP leader Devendra Fadnavis on Tuesday said Maharashtra government did not avail of the services the private Israeli firm NSO, which licenses its military-grade Pegasus spyware to governments for tracking terrorists and criminals, as long as he was the state chief minister.

Fadnavis, Maharashtra chief minister during 2014-19, and now Opposition leader in the state Assembly, was speaking to reporters following claims that the Pegasus software, that can infect phones without a click, was used in attempted and successful hacks of smartphones belonging to journalists, human rights activists and business executives in India and many other countries.

“Maharashtra government did not avail of any services from NSO till I was the chief minister,” Fadnavis said.

“A team of DGIPR (the state government’s publicity department) went to Israel after the (2019 Assembly) elections and before the next government was formed, but that trip was for agriculture development purposes,” the BJP leader said.

The Central government has already rubbished reports on the alleged snooping using Pegasus, Fadnavis said. “There is only legal interception, there is no illegal hacking,” he added.

The issue of snooping using Pegasus spyware has snowballed into a massive political row in Parliament and outside as various parties demanded a thorough investigation and sacking of Home Minister Amit Shah, while the government maintained it had nothing to do with it.

The Congress accused the government of treason and held Shah responsible for the snooping and hacking of phones of journalists, judges and politicians, and demanded a probe into the “role of the prime minister” in the entire matter as well.

Fadnavis alluded to the surfacing of the Pegasus controversy as a plan to defame India. “We noticed that one or two media (outlets) got Chinese funding and carried out propaganda,” he said.

The Pegasus issue is part of a design to derail the ongoing Parliament session, Fadnavis said. “There are some international forces that are trying to malign the image of the country, especially when Prime Minister Narendra Modi is taking the country on the path of progress. He has formed the most inclusive government with ministers from SCs and OBCs. The opposition deliberately brought out this story ahead of the session,” Fadnavis said.

“The Central government has denied having snooped on any person with the help of NSO. One should trust it,” Fadnavis said when asked about claims by a British newspaper that there were traces of hacking in the phone used by political strategist Prashant Kishor, who as Mamata Banerjee’s chief political strategist, is credited with Trinamool Congress’ big win against BJP in this year’s Assembly elections in West Bengal.

Maharashtra Pradesh Congress Committee spokesperson Sachin Sawant had on Monday asked if the ‘Pegasus scandal’ happened during the tenure of the Fadnavis-led government in the state.

“Was any IPS officer sitting in Mantralaya working on this? With whose permission did the DGIPR officers go to Israel? What training did they receive? Did they come back and report? Is it related to Pegasus? It is surprising and suspicious that such tours have taken place during the election period”, Sawant had said.

“How many times did some officers go to Israel? Were there any government meetings with NSO? What was the correspondence with NSO? It should all come to the fore,” the Congress spokesperson had sought to know.