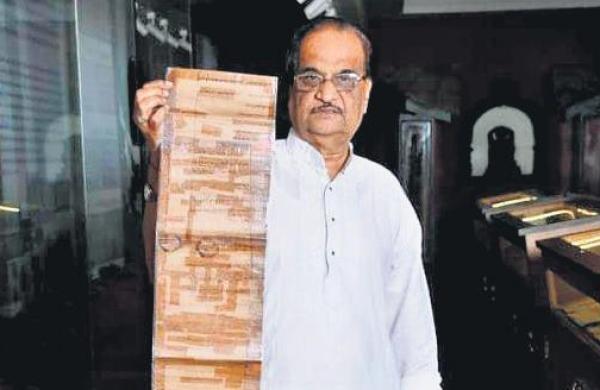 Express News Service
MUMBAI:  A 156-year-old library in Maharashtra’s Chiplun town has seen many of its prized collections of books, historical documents, and artifacts covered in mud after the recent floods. Chiplun, in the state’s Ratnagiri district, received very heavy rainfall of about 200 mm in the 24 hours since Saturday evening. The town has been receiving heavy rainfall over the past few days.

“There was floodwater up to 12 ft in our building. Old and rare books and documents were floating around in the floodwater. Many artifacts from the medieval and Satvan dynasty period have been damaged. The floodwater remained in the building for four days,” Prakash Deshpande, the working president of the Lokmanya Library and Museum said.

The library housed a rare collection of books, including some that were printed two centuries ago in 1805. It also housed coins from various periods; pots and several historical reference books. “We are not sure whether these things can be recovered. Most of them have been turned into pulp. Many books are covered in muck. So, it’s going to be a tough job to clean up the books and other items and bring them back to their original conditions. It is very sad to see the oldest library getting damaged in flood,” Deshpande added.

He said that this is not the first time the library has faced such a situation. There was heavy flooding in 2005. “The government should come out with a permanent plan to deal with these kinds of situations,” Deshpande said.