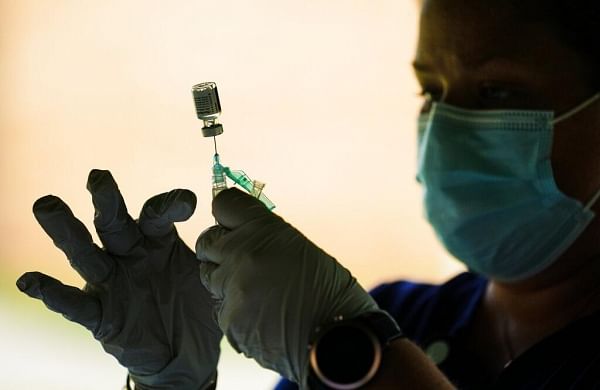 MUMBAI: In light of the rise in COVID-19 cases in Europe, several medical practitioners in Maharashtra have suggested that a booster dose of the vaccine against coronavirus should be administered to healthcare and frontline workers.

Talking to PTI, Dr Gautam Bhansali, consultant physician of Bombay Hospital, said the count of antibodies in people, who have completed their vaccination some six to eight months ago, is declining.

“The count of antibodies in people who have taken the second dose of vaccine some six to eight months ago is going down. We should administer a third dose or booster dose of vaccine to healthcare and frontline workers, as they are more vulnerable to the infection,” Dr Bhansali said.

People with co-morbid conditions also face similar challenges, and should be considered for the booster dose, he said.

“European countries are already facing another round COVID-19 cases. As we have introduced more relaxations, we should be ready to face a similar wave of infections somewhere in February or March 2022,” he said.

“Instead of reacting in panic, we should be prepared for the third wave in India. It is established that vaccine doses help increase immunity against the severity of the infection. It will be good if we think of a booster dose now,” Dr Bhansali said.

Speaking in a similar vein, a member of the Maharashtra State COVID-19 task force said, “Vaccine doses are available and we should utilise them to make our lives safer.”

The issue of vaccine hesitancy is being addressed by the Central and the state governments.

Concentrated efforts should be made to keep fresh infections in check, he said.

“One way to achieve this is by administering a third dose of the vaccine to people engaged in healthcare services and government officials. Such a measure will help keep a check on the spread of infection,” another doctor said.

Maharashtra recorded 766 new COVID-19 infections and 19 fresh fatalities in the last 24 hours even as the active cases in the state remained below 10,000 for the third consecutive day, the health department said on Tuesday.

With addition of new infections and fatalities, the statewide caseload increased to 66,31,297 and the toll to 1,40,766, the department said in a bulletin.

The health department said 929 patients were discharged from hospitals in the last 24 hours.

There are now 9,493 active cases in the state, the bulletin said.

The cumulative number of coronavirus tests in the state climbed to 6,48,44,896, of which 87,506 tests were conducted in the last 24 hours, the bulletin said.

Twelve districts and seven civic bodies did not report any new COVID-19 cases.

Among the eight administrative regions of Maharashtra (each consisting of a set of districts), the Mumbai region reported the highest 310 new COVID-19 cases, followed by 243 in Pune and 142 in the Nashik region.

Among others, the Kolhapur region recorded 24, Aurangabad 20, Latur 15, Nagpur eight and Akola four.

The Pune region recorded seven deaths, Nashik five, Mumbai and Latur three each and Kolhapur one.

Among the 9,493 active coronavirus cases in the state, Mumbai district has the highest at 2,561, he said.