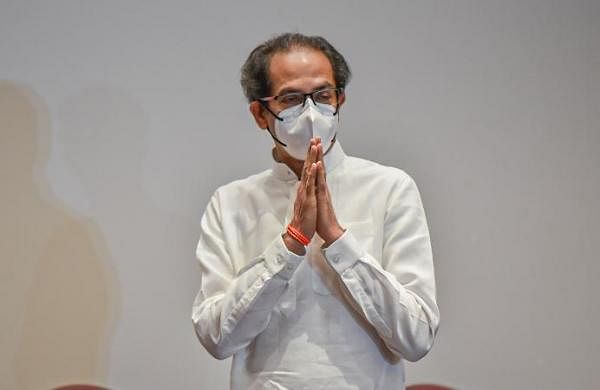 Heavens won’t fall if the floor test does not happen in the Maharashtra Assembly today, Team Uddhav Thackeray argued in the Supreme Court on Wednesday. The court, of course, thought otherwise. And the heavens didn’t fall, but the Thackeray government did, although not on the floor of the House.

A Bench of Justice D Y Chandrachud and Hemant Gupta ruled that the floor test need not be deferred because the Speaker had not taken a decision on the disqualification of members of Assembly as per 10th Schedule of the Constitution, which is designed to prevent political defections prompted by the lure of office or material benefits or other like considerations
The holding of trust vote “operates in a distinct field” from anti-defection law, the court said. “Holding a trust vote is necessary to ascertain whether the Council of Ministers headed by the Chief Minister has the confidence of the House… It is a matter which can brook no delay since the authority of the government presided over by the Chief Minister depends on the Council of Ministers continuing to have the faith of the legislative body as a collective entity,” the court ruled
Shiv Sena & Others vs Union of India & Others, 2019

A bench of Justice N V Ramana and Justices Ashok Bhushan and Sanjiv Khanna held that the Governor can direct the floor test immediately to prevent horse-trading and to protect democratic values
“In a situation wherein, if the floor test is delayed, there is a possibility of horse-trading, it becomes incumbent upon the court to act to protect democratic values. An immediate floor test, in such a case, might be the most effective mechanism to do so,” the bench said
Express illustrationS R Bommai vs Union of India, 1994The landmark verdict by a nine-judge Constitution Bench said the Chief Minister’s refusal to face a floor test can be concluded as lack of majority and such refusal, prima facie, would indicate that the government does not enjoy the confidence of the legislature.

Can the Guv direct floor test without the aid and advice of the Council of Ministers?Another grouse of Team Thackeray was that the Governor called for the floor test without even consulting the government.  On this, too, there’s a previous SC ruling that says the Governor can very much do that if he is convinced that the government has lost the majority

Justice J S Khehar held that the Governor can exercise his/her constitutional powers, vested under Article 174, and call for floor test without the aid and advice of the Council of Ministers led by the Chief Minister if there are sufficient reasons to believe that the government has lost the confidence of the House

Can the Governor call for immediate floor test?Before the big shake-up, Team Thackeray’s contention before the apex court was that floor test cannot happen when the Speaker is yet to decide on disqualification of 16 rebel MLAs. So, what is the legal position on this? Well, several previous rulings say the Governor is well within his right to direct immediate floor test even if a plea for disqualification of MLAs is pending.