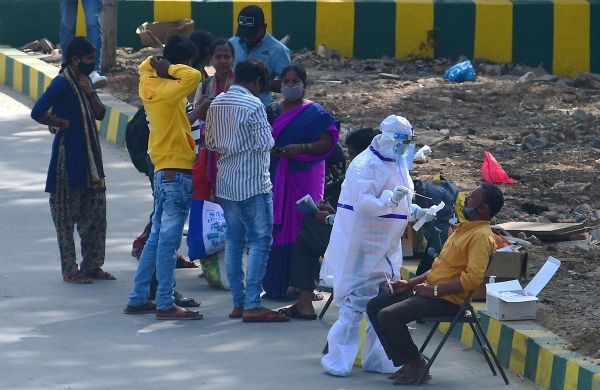 Express News Service
NEW DELHI: Senior officials at the Centre on Thursday expressed serious concerns over the continued surge of Covid-19 cases in some states including Maharashtra which has been seeing the most intense second wave of the infections.

Union Health Secretary Rajesh Bhushan said the active COVID-19 cases have almost halved in Kerala and have more than doubled in Maharashtra. Some other states such as Punjab, Haryana, Karnataka, Gujarat, and Madhya Pradesh, he said, are at a tipping point.

“This is a serious matter. This has two lessons — don’t take the virus for granted and if we have to remain Covid-free, then, we need to follow Covid appropriate behaviour, containment strategy, and vaccination,” Paul said in a weekly press briefing by the Union Health Ministry.

Maharashtra, which has been reporting the highest number of Covid-19 cases almost throughout the pandemic, had nearly 37,000 active cases on February 11 which crossed 1 lakh mark a month later, the data shared by the Centre showed.

On Wednesday, the state recorded 13,659 fresh coronavirus cases, the highest one-day spike this year, which took the state’s total caseload to 22,52,057.

The state has so far reported 52,610 deaths due to the disease, as per the official tally.

ICMR Director General Balram Bhargava, while ruling out the role of the mutant virus in the surge in the cases, put the blame on slackness on part of the administration and people.