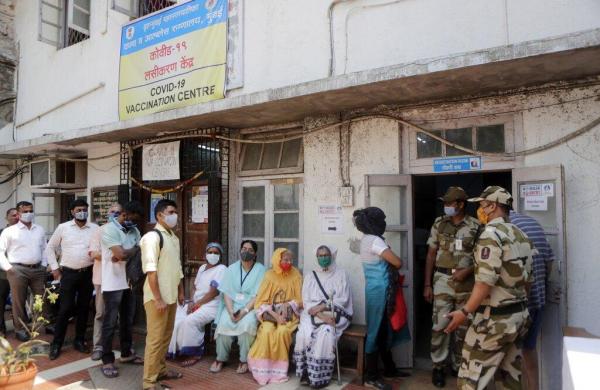 By PTI
MUMBAI: Maharashtra has been recording a substantial rise in coronavirus cases of late, with the authorities attributing it to crowding witnessed during the grampanchayat elections held mid-January this year and a widespread disregard for the norms by common people as well as politicians.

The state on Thursday recorded 14,317 fresh infection cases, which is not only the highest so far in 2021, but also since October 7 last year.

Not only Mumbai, Pune and Thane, but several cities and towns in Maharashtra, including Vidarbha and Marathwada regions, have been witnessing spike in cases.

Lockdown or restrictions have been imposed in several cities or districts in the state in a bid to prevent the spread of the virus.

On February 21, Maharashtra had crossed the 21 lakh- mark of COVID-19 cases.

Exactly a month before that (on January 21), there were 20,00,878 cases in the state and it took only a month to add another one lakh cases after that.

However, another one lakh case were added in merely 13 days (after February 21), which shows the increased speed of the infection spread.

Dr Subhash Salunke, advisor to the Maharashtra government on COVID-19 management, said, “There should have been rigorous testing of people and contact tracing. These are the two basic but the most important tools of curbing the coronavirus spread.”

The earlier you trace and isolate an infected person, the sooner you can bring the situation under control, he said.

The most prominent reason behind the surge in COVID-19 cases in February was crowding witnessed during when grampanchyat elections held mid-January, he said.

“Results of the grampanchayat elections in almost 12,000 villages were out in the third week of January. After that, the winning panels and their supporters gathered in their respective villages without wearing masks and ignoring physical distancing,” Salunke said.

As the incubation period of coronavirus is 14 days, Maharashtra started detecting more number of cases from mid- February, he added.

A Mumbai-based political observer said, “Look at the political rallies and gatherings that have taken place in January and February by ruling parties in the state, including after Nana Patole’s appointment as Congress’s Maharashtra unit chief.”

Patole not only organised a huge rally in Mumbai, but also visited several places including Nagpur later where his party workers and supporters ignored norms of wearing masks, physical distancing and others, he said.

The show of strength by the then state forest minister Sanjay Rathod in Washim and Yavatmal districts late last month was similar.

Patole and Rathod could have avoided such large- scale crowding, but they did not bother at all, he said.

State BJP spokesperson Keshav Upadhya said, “As these events were public and widely televised, it gave a wrong message to the society and many private groups also flouted COVID-19 norms.”

“On the first day of the budget session, a video grab of a late night party at a pub in Mumbai went viral showing people without masks. It also shows how poorly health officials and the BMC is managing the situation,” he added.