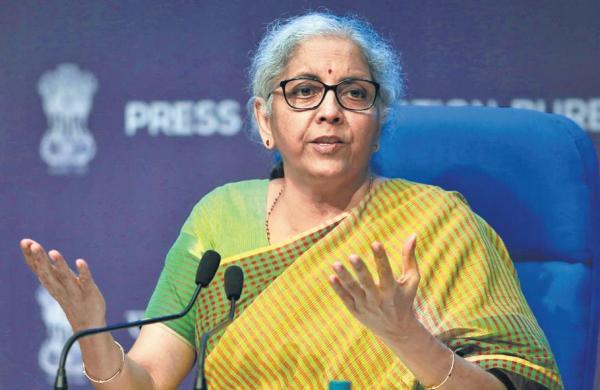 By PTI
MUMBAI: Maharashtra Chief Minister Uddhav Thackeray on Thursday requested Union Finance Minister Nirmala Sitharaman to order the insurance company to disburse 50 per cent the insured amount to the flood-affected people in the state.

Thackeray made this demand in a letter addressed to her. “The representatives of insurance companies have agreed to pay at least 50 per cent amount of the coverage. However, they stressed on obtaining directives or instructions from the Union government to the headquarters of the insurance companies as well as to the IRDA,” he said.

Thackeray reminded Sitharaman that there has been a precedent that the Centre issues such instructions as seen during the floods in Jammu and Kashmir and Kerala.

Meanwhile, the chief minister held a meeting with the representatives of 11 insurance companies as well as collectors of the flood-affected districts.

During the meeting, he also asked the insurance company representatives to accept the damage assessment reports prepared by the local revenue officials.

“The insurance companies should not insist on not removing the damaged items for the sake of damage assessment. The revenue officials should take clear pictures of the damaged areas to avoid any confusion during the assessment,” Thackeray said.

The flood-affected areas need to be cleared to avoid any spread of infection or epidemic diseases.

The damaged vehicles and other material has to be removed at the earliest, the chief minister said, adding that the insurance companies should consider it.

Deputy Chief Minister Ajit Pawar, who was also present during the meeting, said, “The insurance companies should not stress on producing every necessary document to settle the claim. Many people have lost their documents because of the floods.”

In another meeting with bankers in the state, Thackeray made an appeal to them to supply loan to traders and shop owners at concessional rates.

“The banks should also give some extension for loan repayment. They should make their branches operational,” he said.