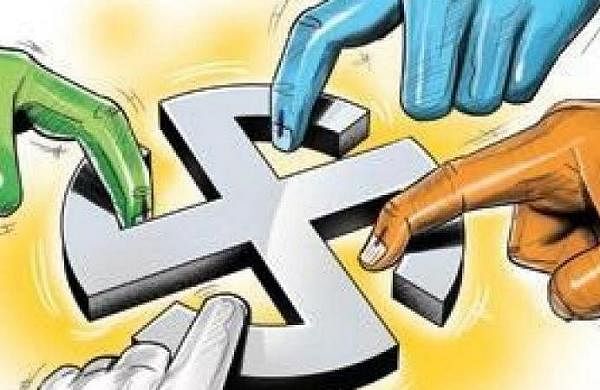 MUMBAI:  The Maha Vikas Aghadi (MVS) coalition continued to dominate electoral politics in Maharashtra by emerging as the largest seat-winning alliance while the BJP retained the position of single largest party in terms of seats in the recently-concluded urban local body elections in the western state.

According to the state election commission data, out of the 1,649 seats of urban local bodies, BJP bagged 384 seats while NCP won 344 seats, Congress 316 and Shiv Sena 284 seats. It shows that the Maha Vikas Aghadi bagged 944 seats in total. The NCP is the biggest gainer in urban local bodies while the Sena has turned out the biggest loser with 284 seats. Despite having the CM from the party, it could not perform better in the urban local body elections.

Another striking feature of the election was NCP MLA Rohit Pawar single-handedly winning 15 out of 17 seats at Karjat. A BJP-dominated constituency, Rohit Pawar worked hard to change the political landscape of the town. A similar success story is of Rohit Patil, son of late home minister and NCP’s common face R R Patil, who campaigned hard and won 10 out of 17 seats in Kavathe-Mahankal.

Leader of Opposition Devendra Fadnavis said that despite the misuse of money and muscle power, the saffron party has emerged as the single largest party in the election. He said the BJP is once again the “number one” party in Maharashtra. “People have again put their faith in the BJP’s work and the strong leadership of PM Narendra Modi,” the former CM said.

NCP spokesperson and cabinet minister Nawab Malik said that once again the MVS bagged the highest numbers of seats. “The urban local body elections result establishes that people of Maharashtra are in favour of Maha Vikas Aghadi. This is the receipt for our good work,” Malik said.

NCP state president Jayant Patil said, “Our leadership has been continuously making dialogue with common man, taking feedback and focusing on people-oriented work.” State Congress president Nana Patole said that they are happy with the results.